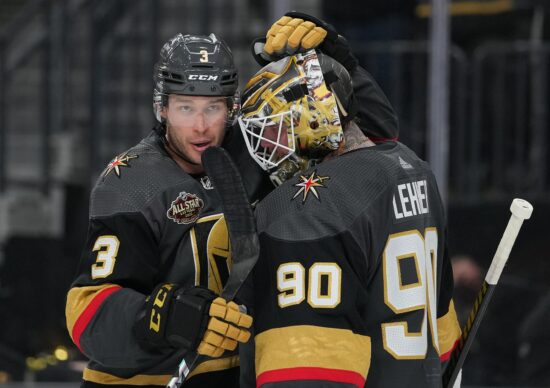 Two of the top teams in the Stanley Cup betting meet in the NHL on Tuesday evening. The latest odds for the game can be seen below, while we will also break down the form of both sides heading into the fixture in Las Vegas.

The Carolina Hurricanes have been one of the outstanding teams in the NHL at this early stage. Carolina have the best record in the Eastern Conference and are currently sitting top of the Metropolitan Division. Bettors will still be able to get them in the outright betting for the Stanley Cup this season at +1100. The Hurricanes have won eleven from 13 so far this season, and have the best defensive record in the Eastern Conference by a considerable margin.

No team in the NHL has lost fewer games than the Hurricanes this season, and they returned to form following a defeat against the Philadelphia Flyers with success against the St Louis Blues on Sunday. The Hurricanes scored a goal in each of the three periods to get the win, despite a late comeback attempt by the Blues. Brendan Smith, Brady Skjei, and Sebastian Aho scored the goals. Meanwhile, Tony DeAngelo and Andrei Svechnikov both ended with two assists apiece.

The Vegas Golden Knights are still a better chance than their opponents on Tuesday to win the Stanley Cup this season, according to the latest BetOnline odds. However, they will be outsiders in the betting for the game in Vegas on Tuesday night. That is despite the strong form that they have shown in the past week, as they have won their last three.

Vegas have been particularly impressive in front of goal during those games, as they have scored 14 in total in their last three. Half of those came in their 7-4 success over the Vancouver Canucks on Sunday. Vegas ran riot in the final period in that game, scoring four times. Two goals in the game were scored by both Evgeni Dadonov and Jonathan Marchessault, while Jake Leschyshyn, Reilly Smith, and Brayden McNabb also scored a goal each.

There is very little between the Hurricanes and the Golden Knights from the recent meetings. The franchises have met on six occasions since December 2017, with both Vegas and Carolina both winning on three occasions each.

It looks too close to call a winner in this game, which means that the over 5.5 goals bet could be the way forward. This selection would have been a winner in each of the last three games between the teams, and given the attacking talent on display, it could be a safe bet again.