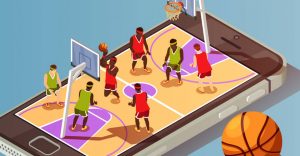 The previous time the Indiana Pacers and the Miami Heat met in the NBA restart, the Heat managed to secure a convincing victory with 114-92. Since then, Indiana has taken on and defeated the Houston Rockets and is now looking for the re-match.

Heat had lost with a single point to the Oklahoma City Thunder in the meanwhile, making for one of those moments where you are incredulous about what just happened. In any event, both teams are bringing out the heavy guns on Friday, August 14, and we will be here to see it happen.

The pacers are coming into the series 6-2, with one of their losses against the Miami Heat a few weeks back. The team definitely has many talented players who wouldn’t mind a rematch in which they get to dictate the pace of the game, as their name suggests.

The Pacers are putting some talent to the fore with T.J. Warren playing a great few games so far, scoring just 12 points in the last game against the Heat, but the ace is considered a scoring leader in the NBA.

He averages 19.8 in the 2019/20 NBA season, an impressive feat for the 26-year-old athlete, and he will be bringing it all in the rematch versus the Heat. Of course, Victor Oladipo is another bright player the Pacers will be able to rely on and so is Malcolm Brogdon.

The combo between Oladipo and T.J. Warren has proven a success, and the Pacers will definitely want to see this work out in their rematch versus Miami tomorrow. The big question is if it can. Well, T.J. Warren’s ability to play hasn’t diminished and he keeps delivering some outstanding performances.

The only issue has been his beef with Jimmy Butler who seems to know how to push Warren’s buttons. For the sake of his team, though, Warren must keep his cool and let his scoring and plays speak for themselves.

Miami Heat Strong as Ever

Miami Heat have been putting in some excellent plays, there is no way to deny that. Their track record has been a little patchy in the season restart, but they got to play versus the Milwaukee Bucks and the unstoppable Phoenix Suns, so we can’t blame them for a loss here and there. With this said, the Heat will have plenty of great players to rely on.

There is Duncan Robinson and Tyler Herro, who are both skilled players, and have been bolstered by Jimmy Butler who recovered from a foot injury in the previous game against the Pacers.

Goran Dragic has still some rough edges to polish, but this will come in good time. He’s already looking very convincing having played a few times in the season restart and he averages 13.9 points per game this season.

The team’s best bet though is Jimmy Butler whose ongoing beef with Warren could be an issue.