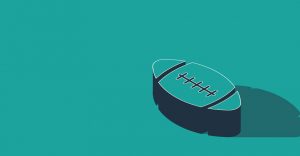 Jacksonville Jaguars and the Indianapolis Colts meet in Week 1 of the NFL 2020 season.

The Jags are entering this season already thinking about the next one. Their goal here is to create a solid foundation for the future, and if possible, reach the No.1 pick in the next NFL Draft. Meanwhile, the Colts have high hopes. They are eager to get back to the playoffs, and then make a run for it. After all, with Andrew Luck healthy, they were one of the dark horses for winning the Super Bowl. Now, they have Philip Rivers, who is equally lethal as Luck, and probably hungrier than the retired Colts’ legend.

Where, When, How to Watch Indianapolis Colts at Jacksonville Jaguars

Jags Waiting for the Season to Finish

You might find this headline a bit provocative and odd, but it really is like that. Jags got rid of their best players this summer. Ngakoue, Leonard Fournette, AJ Bouye are all in different teams right now. According to various experts and insiders, the team from Florida will chase that No.1 pick at the upcoming NFL Draft, and they intend to pick Trevor Lawrence.

But we need to see what Gardner Minshew has to say about that. The young QB started 12 games last year, leading the Jags to a 6-6 record under his guidance. Minshew threw 21 TD passes and 6 picks, which is pretty good for a rookie.

He will have Laviska Shenault as one target, a gifted rookie WR coming out from Colorado. Keelan Cole, and Dede Westbrook, are the two guys who are entering the fourth year of their careers, and they are either going to emerge to the surface or disappear in the sea of mediocrity.

One of the best QBs in this century landed in Indianapolis when everybody wondered what is going to be with him. Chargers’ decided to move on from Rivers, but the franchise from Indiana welcomed him with open arms.

It seems that the 38-year old hit the jackpot. The only thing he lacked in San Diego/LA over the last few years was a good offensive line, and now he has one. The Colts have arguably the best protection in the entire league with Quentin Nelson leading the way, and this is something very convenient for the veteran QB.

Indeed, Rivers won’t have too many targets, but there is enough time for him to develop a chemistry with Colts’ WRs. TY Hilton, and Zach Pascal were already the top two solutions even before the arrival of the new QB. Michael Pittman, Jr. was selected in the second round along with Jonathan Taylor, RB from Wisconsin. These two guys are projected to be the future of the Colts’ offense.

The two divisional rivals have a long history. But what is interesting is that the hosts usually win their matches. In the previous 10, the visiting team went home empty-handed nine times.

The spread on the Jags is +7.5, while o/u limit is 45 points. From this perspective, the Colts are much better than the Jags. They should be able to cover the spread without any problems, which is why we suggest betting on them.