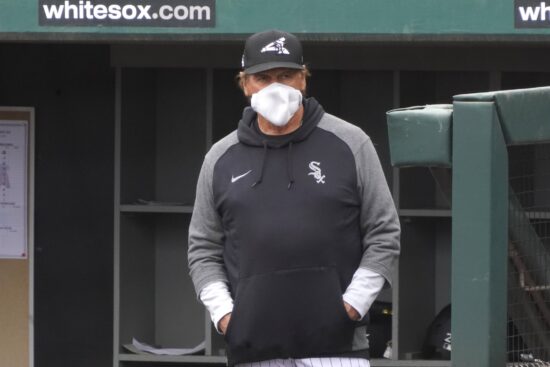 Before being hired by the White Sox this season as their manager, Tony LaRussa was last seen walking into the sunset, winning his 2nd World Series (3rd overall) as the manager for the St. Louis Cardinals in 2011. The game has changed over the past decade and LaRussa is ten years older. Despite having the 3rd most wins as a manager in the history of Major League Baseball, LaRussa’s style in 2021 just seems out of place.

He made a mistake … there will be a consequence he has to endure here within our family.

The most recent example of this is a May 17th game vs. The Minnesota Twins. During a 15-4 blowout, White Sox catcher Yermin Mercedes demolished a home run to center field on a 3-0 count. LaRussa, along with the ‘purists’ of baseball, was displeased that Mercedes broke an unwritten rule by hitting on a 3-0 count with a big lead.

Two days after that home run, Twins reliever Tyler Duffey was tossed for throwing at Mercedes. This is the part that got to me along with some White Sox and baseball fans. When asked about the incident, LaRussa said: “[Mercedes] made a mistake,” and that “… there will be a consequence he has to endure here within our family.”

To be clear, Tony LaRussa was fine with an opposing pitcher throwing at his player over some unwritten rules.

He apologized to the Twins, who play in the same division, AL Central, as well.

LaRussa also mentioned before the series finale that “you think you need more [runs] to win, you keep pushing. If you think you have enough, respect the game and opposition. Sportsmanship.”

The latter part of his quote is quite reminiscent of what a Little League coach says to their team before every game. Someone inform LaRussa that these are Major Leaguers playing in Major League ballparks.

I am not saying all of the unwritten rules are outdated or archaic.

My point echoes that of Dodgers pitcher Trevor Bauer after being asked about Padres star Fernando Tatis Jr.’s HR celebrations:

We can have fun and we can celebrate it while we’re still competing at the highest level.

No matter how we get, baseball brings out the kid in all of us. Tony LaRussa, a Hall-of-Fame manager, has no place in the dugout anymore. Baseball is a business off the field but it does not always have to be on it. Besides, if you had a pick a sport with loads of rules, baseball is high up there.

The message of many current Major League Baseball players is clear: roll with the changes or the changes will roll over you.