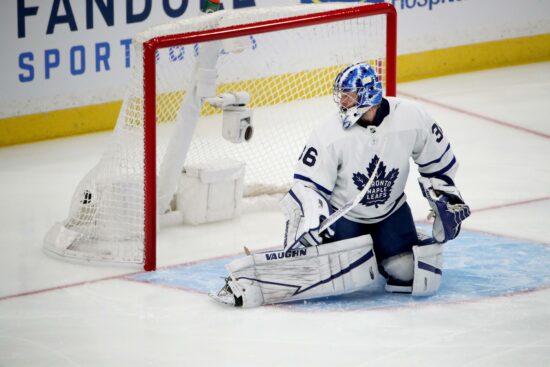 If you’re looking for the latest Islanders vs Maple Leafs prediction and odds, then look no further than Vegas Odds.

The Toronto Maple Leafs will be hoping to maintain their excellent record at the Scotiabank Arena on Monday evening. However, the New York Islanders will be the visitors as they bid to end a four-game losing sequence in the NHL.

The Toronto Maple Leafs will be looking to get back on track in the NHL on Monday evening after they were beaten in their previous game. Toronto still sits in a commanding position in the overall Eastern Conference standings, as they remain third, just two points off second-placed Carolina Hurricanes. The Leafs have won five of their last ten, with just three defeats coming in regulation.

Toronto saw a two-game winning streak come to an end over the weekend, as they lost 3-2 against the Montreal Canadiens in overtime. That away loss was bitterly disappointing, as the Leafs led 2-0 after the opening period. Still, they appear to be good value to bounce back on Monday evening.

Meanwhile, the New York Islanders come into this game on the road, having lost their previous four. The latest of those was the fifth that they have suffered in regulation over their last ten. That run of form ensures that they remain tenth in the overall standings, but they are just three points behind the top eight spots in the East.

Their latest loss was suffered at home against the Carolina Hurricanes over the weekend, going down to a 5-2 loss in New York. Brock Nelson and Simon Holmstrom scored the goals in that disappointing loss. This looks to be another tough game for them, as the Islanders have gone 10-11-3 on the road this term.

It looks safe to side with the Maple Leafs on Monday evening, as they look great value to bounce back from a recent defeat against the Canadiens.