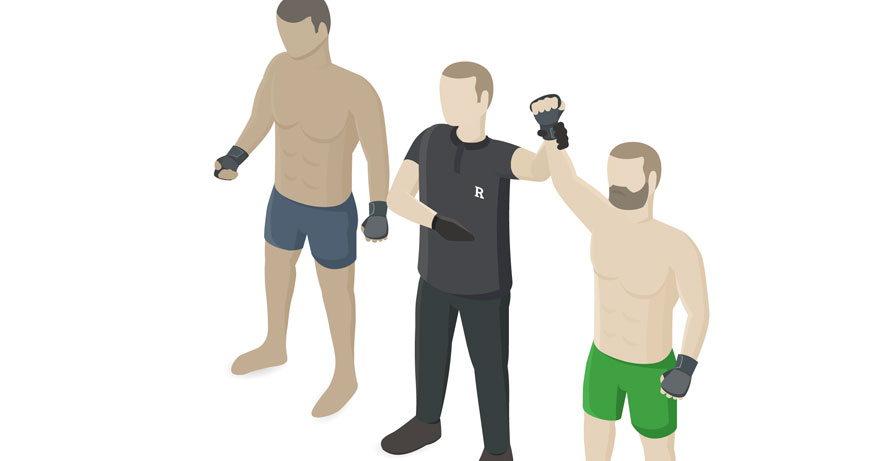 Israel Adesanya vs Paulo Costa is the headliner bout of the UFC 253 event, in which the two fighters are fighting for the UFC Middleweight Championship belt. Neither of the two fighters has a single defeat in their professional careers, making their fight only the second bout in the UFC history in which two undefeated fighters are pitted one against the other.

Unfortunately, there will be no MMA fans present in the arena to witness the historical fight in person. Due to the anti-COVID-19 regulations, the Flash Forum in the United Arab Emirates will stay closed to the public.

Israel Adesanya and his opponent Paulo Costa are two fighters without a single defeat in their careers. Adesanya has a 19-0 score, with recent victories over some big names in the UFC, including Anderson Silva and Robert Whittaker.

The Last Stylebender has already defended his middleweight title this year, defeating Yoel Romero by points in March. The fight was not as attractive as many MMA fans hoped, but it did saw Adesanya being a true tactical master.

Speaking of Yoel Romero, Adesanya’s next opponent also beat the Cuban fighter recently. The fight between the two saw some really brutal punches being exchanged between the two, with Costa eventually coming out as the winner. The win over Romero was Costa’s 13th career win.

There’ been much bad blood between the two ahead of their clash at the UFC 253, most of which has been going on online. In fact, their beef started on social media when Paulo Costa posted several pretty offensive tweets about Adesanya.

The beef continued over TV and radio, with the Brazilian challenger saying he’s planning to kill the Nigerian-born Kiwi fighter. As evident from their accidental meeting last weekend (which you can check out in the Instagram post above), things have calmed down recently. Still, this could be calm before the storm escalating inside the octagon on Saturday.

Betting odds on Israel Adesanya vs Paulo Costa are suggesting the Last Stylebender will be able to make use of his 8-inch reach advantage to keep the Eraser away. Adesanya needs to be careful against one of the most powerful punchers in the division, who’s won 11 of his 13 professional fights by knockout.

Speaking of knockouts, Adesanya is not bad himself. Actually, with 14 wins by knockout, he’s thought to be among the finest strikers in the history of the UFC.

Because of the danger of getting KO-ed, both fighters will probably enter the fight cautiously. What this means from the bettors’ perspective is that we’re likely to see the fight going the distance. If it happens, it’s probably going to suit Adesanya more. This guy has won three of his previous four fights by points. We should witness another victory happening this way.