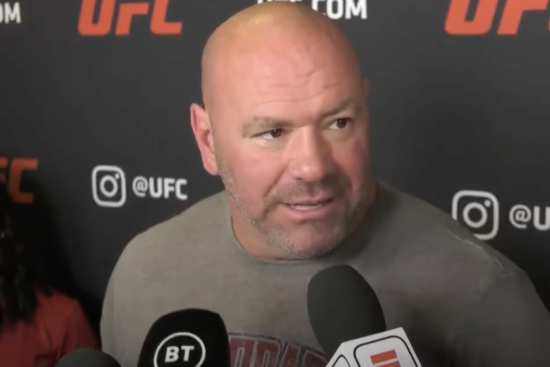 No sooner had Jon Jones been inducted into the UFC’s Hall-of-Fame for his part in the historic 2013 light heavyweight title fight against Alexander Gustafson, just hours later, he had been arrested by Las Vegas police.

The news, which was broken on Friday by ESPN’s Marc Raimondi, confirmed that Jones had been picked up by police and charged with battery domestic violence, and injuring and tampering with a vehicle.

Jones’ latest arrest comes after several years of appearing to put his worst days behind him following a DUI in 2012 and a hit and run conviction in 2015.

However, despite the star’s seemingly good behavior, recent events now see him return to old ways and one person far from surprised is UFC president Dana White.

Speaking recently to ESPN reporters, White, when asked for his thoughts, suggested Jones should avoid visiting the city of Las Vegas.

It’s hard to bring this guy to Las Vegas for any reason.

This city is not good for Jon Jones. And here we are again.

It’s like it’s not even shocking anymore. When we bring him here, it’s almost expected. Can’t even get him into Las Vegas for less than 12 hours to induct him into the Hall of Fame. It’s a problem.