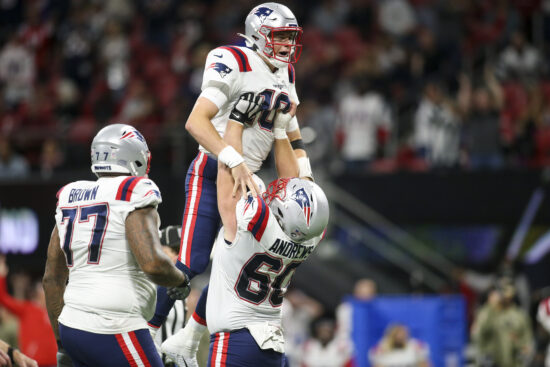 After posting several wins in a row and creating massive hype, the New England Patriots lost twice in a row and got into a little crisis.

Meanwhile, the Jaguars are posting loss after loss, both on and off the field. They recently fired head coach Urban Meyer and will end the campaign without RB James Robinson, who suffered a season-ending injury.

Season to Forget for the Jaguars

The franchise from Florida had high hopes for the 2021 campaign. They’ve got the top pick in this draft, Trevor Lawrence acquired one of the best running backs in the class, Travis Etienne, and landed Urban Meyer. The latter two are not with the team, while Lawrence experiences a nightmare rookie season.

Jacksonville’s fans hoped to see their fans winning in New York against the Jets. However, that clash ended with their 13th failure this year, 26-21. Lawrence threw for 280 yards without a TD, but with one lost fumble.

James Robinson, arguably the best player of the Jags this year, tore his Achilles, ending the season and putting his career at risk. Also, what we need to say is that the Jets had 273 rushing yards. Pretty much the Jaguars’ scrimmage line didn’t exist in this game.

Pats Recovering From a Reality Check

The victorious streak of the New England Patriots ended in Indianapolis two weeks ago. After that, the Pats lost at home to the Buffalo Bills, severely decreasing their chances of winning the AFC East title. A 33-21 defeat was a true reality check, and we now have to see the mentality of this generation. Will they break up or heal together.

Mac Jones tasted what it is like to play with the boys from the big league, throwing for 145 yards and two picks, without any touchdown tosses. He was completely lost in certain moments, not knowing how to react to all the traps Bills set up.

The positive thing in the Pats’ performance was RB Damien Harris, who had 18 carries for 103 yards and three touchdowns. The 24-year old rusher has 12 touchdowns this year and is fourth in the league in this aspect.

Head to Head – Jags Have the Last Laugh

The previous clash took place in 2018 when Jaguars defeated the Pats in Florida, 31-20. Before that, the Pats had eight straight wins, three of them in the playoffs.

This is easy to predict because the difference in quality is enormous. Pats are on another level and in the position that forces them to win; therefore, the outcome is pretty obvious. Also, we would like to say that the current spread NE needs to cover (-15.5) won’t be a problem for Belichick’s unit.