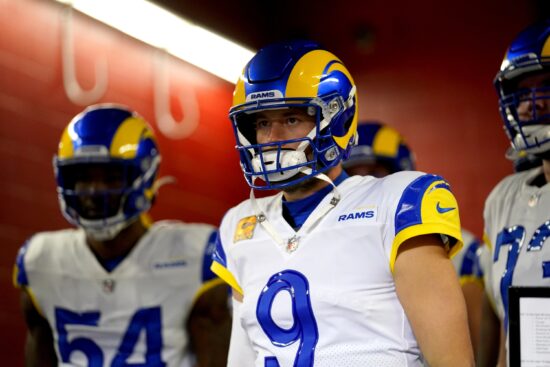 The Jacksonville Jaguars are 2-9 on the season, which is already better than their record last season when they won just one game. Unfortunately for them, they probably aren’t going to be able to do much better. It’s because their schedule is to get ugly soon. In Week 13, they travel to California to lock horns with one of the top Super Bowl candidates, the Los Angeles Rams.

The Rams (7-4) are +1200 to win the NFL Championship which puts them among the top 10 favorites. Still, their recent form doesn’t really show it. With three straight losses, they’re one of only three NFL teams that recorded no wins in November. Is December going to be a better month for the Rams? Let’s see!

The Jaguars have the second-worst offense in the NFL with just 173 points scored in 11 games. That accounts for 15.72 points per game on average. What’s worse is that their offensive form seems to be on a downward path – in the past five games, their scoring average is just 11.4.

The Jags’ fans expect a lot from their rookie quarterback Trevor Lawrence, but they’ll probably have to wait a few more seasons until he shines. The Clemson product hasn’t been too bad this season, but he also hasn’t been a world-beater.

Lawrence has a 58.0% pass completion this season, with a total of 2,369 passing yards in total for nine touchdowns. Ten of his passes ended up intercepted, while he got sacked on 20 occasions. Those stats could get become even worse after Week 13. The reason? The Jaguars are taking on one of the best defenses in the league.

The Rams are without a win since Halloween, losing their previous three games. Although that’s definitely not something to be proud of, the Rams shouldn’t be too disappointed either. The thing is that they lost to some pretty tough teams – Tennessee Titans, San Francisco 49ers, and Green Bay Packers.

It’s not yet time to panic, but it will be if they don’t end their losing streak. Beating the Jaguars is a must, evident from the fact that the moneyline odds on the Rams are as short as -714. Simply winning the game, probably isn’t going to satisfy them. The Rams need a big win to get their mojo back.

Stopping the Jaguars’ offense shouldn’t be a problem for a team that has Aaron Jones, Jalen Ramsey, and others on the defensive team. The question is whether their offense score enough to cover the 13-point spread?

Sure, they can! With an average of 27.18 points per game, the Rams’ offense ranks among the best in the league. Further, their QB Matt Stafford seems to be getting back in shape. After failing to make more than one touchdown pass in the first two games of November, he finished off the month with three touchdowns.

The Rams are better than the Jaguars in every aspect of the game. Plus, the game is played on their turf and they’re in a need of a win. What all this means is that anything but a blowout win for the hosts would be a major upset.