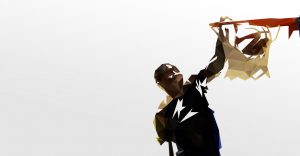 The saga is over. James Harden will continue his career in Brooklyn Nets, as it seems that the team from Barclays Center and the Houston Rockets reached an agreement this Wednesday.

In order to make this transfer, Cleveland Cavaliers had to be included, and later on, the Rockets would expand the trade.

Cleveland’s 2022 first-round pick ended in Texas as well, and in exchange, the Cavs got Nets’ center Jarret Allen, forward Taurean Prince, making this quite a solid deal on their behalf.

By the end of the day, we might see a few more moves following this action. Don’t be surprised if some other mega-deal happens because trades like this one usually have strong responses.

New Reality in the League

With his former teammate from the OKC Thunder, Kevin Durant, James Harden now has a realistic chance to win the title. He wasn’t happy with the way things develop in Houston, and the latest outburst was apparently the Beard’s way of cutting the ties with the franchise, where he became one of the best players in the history of the league. If not players, then attackers for sure.

Nets are now the No.1 contender to win the Eastern Conference, and even though many doubt their chemistry, having two of the most lethal guys in the league is something we haven’t witnessed in a long time.

Yes, it is possible to see them having a meltdown during the playoffs, but on the other hand, it wouldn’t be odd for the Nets to smash and sweep all the rivals on their way up to the title.

Now, about that chemistry, we will repeat that Durant and Harden played together for three years in OKC. Think about that.

Lately, Uncle Drew was focused on off-field matters more than on playing. This move might seal his future in the Nets, and according to many experts, we will see the reaction from the other side pretty soon. Either Irving comes back and straightens up, or he moves away from Brooklyn.

Steven A. Smith already called the former No.1 pick to retire, saying that he should announce that as soon as possible. Smith is a bit theatrical, but do know that he is in this business for way too long and that when he opens some topic, there is a good reason.

Kyrie hasn’t been focused on basketball for a long time, and the latest actions suggest that he doesn’t have any plans to change that whatsoever.

But the Nets now have insurance, with Harden coming to town. Whatever happens, the Nets are much stronger than before, and they are now a legit title contender.