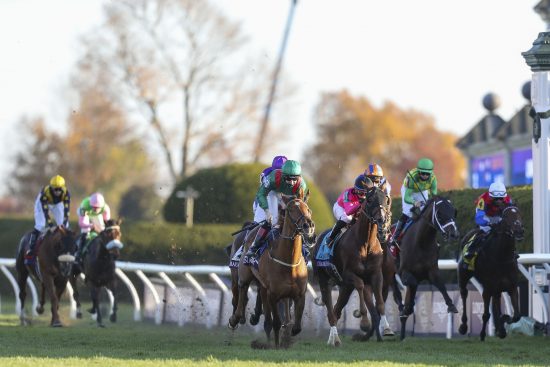 There is prestigious horse racing action taking place in Asia this weekend, as the lucrative Japan Cup takes place. The race takes place every year on the last Sunday in November, and is run at Tokyo Racecourse. But, which horse could be the one to win this huge end-of-year event?

The Japan Cup is the biggest race of the year in Asia, and is run over a distance of one and a half miles. There is a prize pot of $5.8 million, which makes it one of the most lucrative races on the racing calendar. It doesn’t have as much history as famous races such as the Kentucky Derby, Epsom Derby and Melbourne Cup, as it was first run back in 1981.

The first winner of the race was American trained horse Mairzy Doates, who was trained by John Fulton and owned by Arno Schefler. Early runnings of the race were dominated by American and Irish horse, but over recent years Japanese trainers have got the upper hand. The last 12 winners have all been trained in Japan, which includes last year’s winner, which was five-year-old Suave Richard. Only one horse has won this race on more than one occasion, and that was Gentildonna, who won the race in 2012 and 2013.

The horse that will immediately catch the eye when studying the field is Almond Eye. The Sakae Kunieda-trained horse will be looking for history this weekend, as he won the race previously in 2018. A win this weekend would creative history, as it would only be the second time that a horse has won this race on more than one occasion.

Form certainly points to a strong run for the five-year-old, as he has won on two from three previous starts. He was successful last time out at Tokyo, as he won the Tenno Sho, which is another Grade 1 race in Japan. Previous success in this race typically counts for very little, but Almond Eye will be one that is hard to ignore in the betting, especially considering that this will be his final race.

Contrail will come into the race as the heavy favourite, as the three-year-old has never been beaten on the track. He has won all six career starts, which includes two wins at Tokyo Racecourse. The most recent of those successes came in May, as he won the Japanese Derby. It’s hard to ignore the favourite, as his form for a leading trainer has been outstanding. Contrail looks to be the standout winner.

Horse racing gamblers looking for slightly better value could look at Daring Tact, who also has an impressive record on the track. The Haruki Sugiyama-trained horse has won on all three starts this season, and returned to the track most recently in October with a win in the Shuka Sho. Daring Tact could be an enticing selection for bettors this weekend.