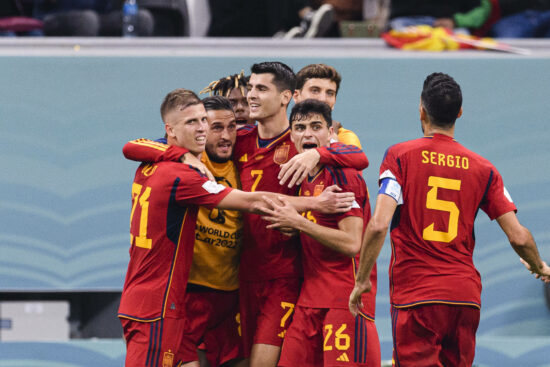 If you’re looking for the latest World Cup predictions for Japan vs Spain, then look no further than Vegas Odds.

Spain will bring their Group E campaign to a close on Thursday, as they look to wrap up top spot in the standings. However, it could be a testing afternoon for the Spanish, as defeat could leave them out of the competition altogether.

The curtain comes down on a very eventful Group E campaign on Thursday, as Spain will be looking to wrap up top spot in the standings. We tipped Spain to go close in Qatar this year, and there has been enough evidence to suggest that they could be a nation to watch so far. Spain opened with a huge 7-0 win against Costa Rica, but was held in their latest game against Germany.

They only had themselves to blame against the Germans, as they let the 2014 world champions off the hook and back into the game by sitting back in the final 20 minutes. Still, their fate remains in their own hands, and victory would ensure top spot and a showdown with either Belgium, Morocco, or Croatia in the round of 16.

Japan only have themselves to blame that they are coming into their final group game needing a positive result. They opened their campaign with a stunning 2-1 win against Germany, and a repeat result against Costa Rica would have effectively put them through. However, in another twist in Group E, the Japanese were beaten 1-0 by Costa Rica.

The Asian nation’s record at the World Cup looks extremely vulnerable coming into this fixture, as they have lost three of their previous four games. Meanwhile, they will be looking to avoid failing to score in successive matches for the first time since 1998.

Spain will dominate the possession against Japan, and we could see them creating a lot of chances. They are much better with a focal point in attack, and we would be very surprised to not see Alvaro Morata handed a first start in this match. The striker has already scored two in two games, and we could see him maintaining that average with another strike here.

It appears unthinkable for the Spanish to get knocked out in the group stage, and we struggle to see anything other than a win for the current group leaders in their final fixture. They have never lost in five previous matches at the World Cup against Asian opposition, and are unbeaten in their previous seven matches at the competition.