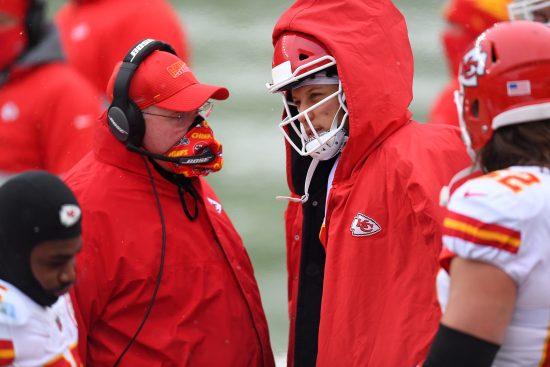 The biggest underdogs for winning the Super Bowl are visiting the #1 favorites this Sunday afternoon. The New York Jets are the very worst team in the NFL, with zero wins so far. The Kansas City Chiefs have only one defeat so far. It’s obvious who’s expected to win, but the question is whether the Chiefs can cover the huge point spread set by the bookies. The spread of the Super Bowl champs is -20½ points in the Jets at Chiefs game.

The Chiefs are coming into this game as 21-point favorites, which is something NFL bettors still haven’t seen this season. In fact, NFL bookmakers usually don’t tend to go with such high numbers when point spreads are concerned.

Before that, there wasn’t such a matchup since 2013. In fact, from 1978 to this day, there have been only 13 NFL matchups where teams were 20-point favorites or more.

Chiefs Do a Demolition Job on Saturday

The Denver Broncos are not a bad team, but the scoreline from Sunday’s game suggests otherwise. They got obliterated by the Chiefs, who managed to score five touchdowns in the 43-16 win. The Broncos hadn’t suffered such a humiliating defeat in years.

The game showed how powerful the Chiefs are in all aspects of the game. Sure, their biggest star is their QB Patrick Mahomes, but their defense is almost equally good. They did slip against the Raiders three weeks ago, but since then, we saw the Chiefs defense playing at the top level.

It seems very likely that the Chiefs defense is going to keep on doing a fine job. It’s not just because they have the ability to do it, but also because their opponents’ offense doesn’t seem capable of hunting them. In NFL Week 8, the Chiefs are taking on the league’s worst offense.

The two teams from New York are the worst teams in the NFL this season. The Giants are at the bottom of the NFC, with six defeats and one win. The Jets, however, are even worse. The bottom team of the AFC still has no wins in the 2020 season.

The worst thing is that the Jets have been really horrific when it comes to scoring. This team has gotten a total of only 85 points in seven games this season. In comparison, the Chiefs have scored 218 points, which is more than 2.5 times the Jets’ number.

What has to scare the Jets’ fans is that this team’s offense seems to be getting worse as the season progresses. A frightening fact is that their points-tally in the three previous games is only 30 points. They scored 10 against the Cardinals and Bills, while failing to get a single point against the Dolphins. The scariest fact of them all is that none of those teams comes anywhere near the Chiefs in terms of player quality.

Anything but a dominant Chiefs win would be a major surprise. Still, can it be as convincing to cover the 21-point spread? Yes, it could! Judging by how great the Chiefs have been lately, and how disastrous the Jets have been playing, we should see a really big win for the Kansas City team.