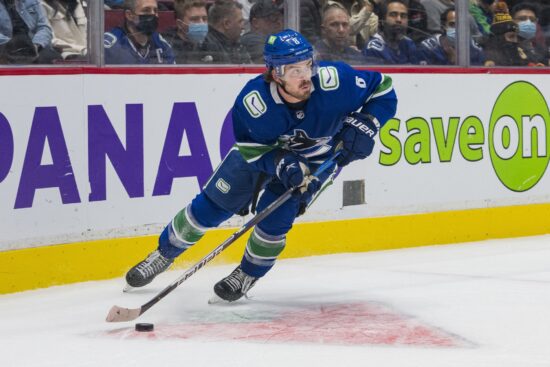 Friday is all about NHL action, as the Winnipeg Jets look to maintain their winning run. They make the trip to Vancouver to take on the Canucks, who are looking to end their five-game losing streak at the Rogers Arena.

The Winnipeg Jets have made a very impressive start to the NHL season, and currently sit top of the Central Division. They have won nine of the 15 games that they have played this season, and are the joint-highest scorers in the division. The Jets also have the best defensive record in the Western Conference, as they have allowed 40 goals to this point. Their odds to win the Stanley Cup this season have also been slashed in recent weeks, as they are now priced at around +1800.

Maintaining their recent form will be their biggest issue, as they have been excellent over their last ten fixtures. During this run, they have won seven times, with two of their three defeats being suffered in overtime. The Jets won for the third game running on Tuesday evening, as they beat the Edmonton Oilers 5-2. They come up against the Oilers again on Thursday before Friday’s meeting with the Canucks. Mark Scheifele, Adam Lowry, and Pierre-Luc Dubois all scored in their win earlier in the week.

The Vancouver Canucks are in the completely opposite place compared to the Jets. They just can’t buy a win in the NHL of late, as they have lost their last five. Only the Seattle Kraken in the Western Conference are in worse form, as they have also lost their last five games. Vancouver have lost eight games in total in their last ten outings in the NHL, and have conceded a division-high of 59 goals at this point. They are also among the lowest scorers in the Pacific Division, as they have found the net on just 43 occasions. Only the LA Kings have scored fewer goals.

Their fifth straight defeat was suffered on Wednesday night, as they were beaten 4-2 by the traveling Colorado Avalanche. The Canucks looked to be in the game entering the final period, but they conceded three in the third to allow the Avalanche to pull away. Conor Garland and Tucker Poolman scored the goals in that recent defeat for the Canucks.

In regular-season meetings, the Jets have won four of the previous five games between these NHL sides. Their last win came in May, as they hammered the Canucks 5-0. The only win for the Canucks during this barren run came earlier in the same month, as they won 3-1.

It is hard to see past the Jets based on the form that they have shown in recent weeks, coupled with their emphatic advantage in the recent meetings. Defeat number six on the bounce could be incoming for the Canucks.