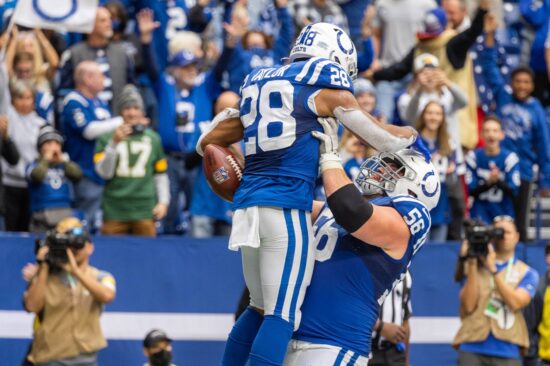 The TNF matchup with the Jets is a must-win game for the Colts, who are coming off a loss to their divisional rivals, the Tennessee Titans. After losing that game, they’ve probably lost the battle for the AFC South; however, they still have something to fight for – a Wild Card entry to the postseason.

The only way to get ahold of the Playoff berth is to start winning again and the Week 9 game against the New York Jets looks like an ideal opportunity for that.

Comparing the records of the two, the Jets and the Colts are almost equal, with the exception of the Colts having one additional win behind them. However, that is because they’ve actually played one extra game, compared to the Jets. Still, with a record of a 3-5, they’re going to have to try a little bit harder, if they’re to have any chance at making it to the postseason at all.

It would’ve been a whole different story if they managed to beat the Titans last weekend, in a game which they entered as the favorite. The Colts did play well, especially in the early stages of the game, but ended up losing in the overtime.

The loss has probably shaken up their confidence. However, this team has plenty of experienced players on its roster, who know how to handle pressure. This goes especially for their starting QB Carson Wentz, who’s been pretty decent so far in 2021, excluding the game with the Titans when we saw him throwing two horrible interceptions.

Still, generally speaking, Wentz has been a solid addition to the Colts offensive team, with a total of 1,926 passing yards and 14 passing touchdowns so far. If he manages to get back to his average in the game against the Jets, his team will probably win. It’s because the Jets’ offense probably isn’t going to do much in Week 9.

Not only are the Colts seen as a major favorite in the upcoming matchup, but they’re also going up against one of the NFL’s weakest teams of the season. the New York Jets, although triumphant in their last game, only managed to get two wins this season

One of those took place on Halloween when they beat the heavily favored Bengals. The man that almost singlehandedly brought the Jets the victory was their backup quarterback Mike White.

He stepped in as a replacement for Zach Wilson and managed to throw for three touchdowns, covering a total of 405 yards. Sure, he’s had a wonderful game, but bear in mind that it was his first-ever NFL game in his career.

That said, we have absolutely no idea what to expect from the guy, although it seems very likely he’s not going to pull off anything similar in Week 9.

The Colts are a far superior team to the Jets in literally all aspects of the game. Plus, they are desperate to get back to the winning track. For those reasons, anything but a dominant home win would be a surprise.