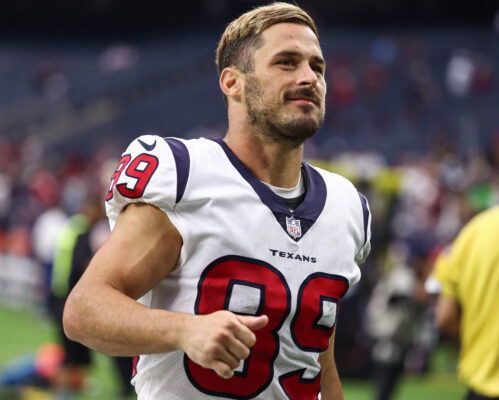 Two of arguably the worst offenses in the entire league will meet at the NRG Stadium in Houston. Still, this event promises a lot because for the first time this season, both the Jets and the Texans are aiming to win, which wasn’t the case in the past.

Jets Waking up the Defense

In the last five games, the Jets’ defense managed to limit the rivals under 30 points just once, which happened last week against the Dolphins in a 24-17 defeat. All other clashes saw them allowing more points than that.

The New England Patriots splashed 54, Colts 45, and the Bills 45. Even in the win against the Bengals, they allowed 31 points. So, if there is anything that needs to be fixed, it is the defense, and Saleh needs to get down on it as soon as possible.

Some sources from within the organization are suggesting that Zach Wilson might be back against Houston. In our opinion, there is no need to rush anything with the kid’s return, especially in the given circumstances. He had a slow start of the NFL career – 4 TDs and 9 picks and is better to learn and improve without risking some worse injury.

With Tyrod Taylor in a solid mood, the Texans have solid chances of recording at least two if not all three wins until the end of the campaign. The veteran QB is fighting for his career here and knows that he might earn a solid contract if he pleases the Texans’ management, who right now doesn’t have too many options for Deshaun Watson’s replacement.

Taylor had 107 passing yards against the Titans, but scored two rushing touchdowns and was the most important guy on the Texans’ offense. Meanwhile, the defense was superb as well, forcing Ryan Tannehill to throw four interceptions.

Houston defeated one of the candidates for the title, and even though the Titans played without several big-time stars, beating the AFC leader and the division rivals can only boost the morale.

The Texans have three straight wins over the Jets, but the overall score in the series is 5-3-0 in favor of the franchise from New York.

Houston was looking very good against the Titans, and we don’t see why they wouldn’t repeat such a game against the Jets. They play at home, against a team who struggles at the QB position, which will only allow the Texans’ defense to post another excellent performance. We are more than sure that the morale of Houston’s defensive team is at a very high level following a lesson they gave Ryan Tannehill.