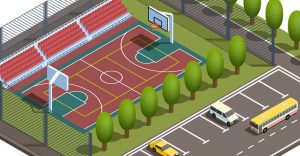 JR Smith and the Los Angeles Lakers are about to sign a deal that would keep the veteran shooting guard until the end of the season.

Smith and LeBron Together Once Again

According to the sources, Smith would be immediately included in the Lakers’ roster for the upcoming restart in Orlando. He would be a replacement for Avery Bradley, who decided not to participate in the team’s future activities.

The sources were telling the media that Smith and the LAL discussed the terms this Monday, with the note that both parties reached an agreement that should become official at the moment.

This is not the first time that the 34-year old veteran and the purple and gold are in the same story. He had a workout with LeBron’s team in February, but back them the organization picked Dion Waiters over him.

Smith and LeBron share a bond that was created during their stay in Cleveland, once the two became friends outside the court, and were playing side by side in the starting lineup.

The Cavs won the 2016 NBA Finals, after a magnificent comeback from being down 1-3, and one of the key pieces in that equation was Smith, who was pretty solid in that series on both sides of the court.

Once LeBron left Ohio at the end of the 2018, Smith stayed there for a short period of time. He and the Cavs already had some disputes during the season, when the player accused the organization that they deliberately want to lose in order to get a higher pick.

After that, Cleveland waived him on July 15, with just 11 games played during that season.

LeBron allegedly agitated for Smith’s arrival on several occasions, and it seems that now LBJ’s wish would finally come true. JR is a veteran, whose solid three-point shooting and above-average defense would come handy in the playoffs. What is also a very important factor for his arrival among the Lakers is the enormous experience in both the playoffs and the regular part of the season.

Will He Help the Lakers?

Many are not quite sure that the shooting guard from Freehold Borough, NJ, can help the LAL in their quest towards the title. Some believe that his condition isn’t good, while others question his mentality and motivation.

Smith is known for not being that disciplined, and that was especially noticeable in the previous years. Even though he isn’t showing that on the court, his lifestyle away from basketball is pretty controversial.

Also, the last game he played was in 2018, and that is a concern for all the Lakers’ fans who are already frightened because of not having Bradley in the restart.

Smith was drafted as the 18th overall pick at the 2004 NBA draft, coming out of St. Benedict’s Prep, Newark. The New Orleans Hornets picked him, and he stayed for two years with them. After that, Smith played for five years in Denver, then one year in China, before coming back to the Knicks, where he spent three seasons. He would be a part of the Cavs from 2015 until 2019.