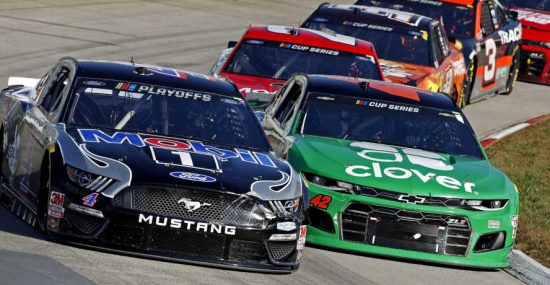 Imagine you are racing for a living. You have a performance that comes as close to immaculate as humanly possible. Now imagine that you have a flat tyre in an essential race. And, just like that, an entire season’s worth of top performance goes down the drain.

If you are Kevin Harvick and the race is Xfinity 500 at Martinsville, you don’t really have to imagine anything. It’s precisely what happened on Sunday.

Harvick had almost secured his entry into the Championship 4 at Phoenix, However, Martinsville proved too treacherous of a speedway.

The first two stages of the race completely undid what was a largely Harvick-dominated Cup Series. With this unexpected slip, Harvick is out of the Cup Series campaign.

Kevin will definitely be smarting for a while.

Harvick won nine races in the 2020 NASCAR Cup Series and had 20 top-five finishes, but he won’t be coming back for another race.

He grappled to find a foothold in Stage 1 of the Xfinity 500 and then, when Stage 2 began, calamity struck in the form of a flat tyre, relegating the driver out of further pursuits in the season.

Denny Hamlin even lobbied for Harvick, arguing that his team must be admitted to the next stage and there was absolutely no reason not to. Martin Truex Jr. was terser, and simply said “That’s insane.”

Kurt Busch drew attention to the fact of how difficult staying competitive in NASCAR is and how the motorsport requires your full concentration to continue and succeed.