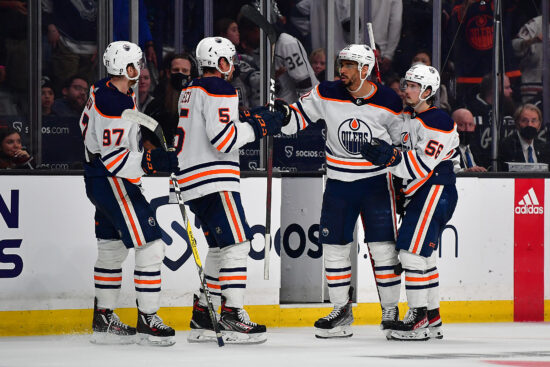 There isn’t anything more exciting in hockey than a seven-game series. There are a few game sevens to look forward to this week, including the Edmonton Oilers hosting the LA Kings on Saturday. But, which Western Conference side will reach the next round of the Stanley Cup playoffs?

The Edmonton Oilers will have the crucial home advantage for game seven in the series, as they look to edge into the next round of the playoffs. The Oilers have won the Stanley Cup on five previous occasions, but it has been 32 years since their last success. They will be looking to reach the second round of the playoffs for the first time since the 2016-17 season, as they were beaten by the Anaheim Ducks.

Despite having a very decent record through the regular season at Rogers Place, the Oilers have struggled at their home arena in the playoffs to this point. They have lost two of the three games played at Rogers Place. Those defeats came in the first game of the series, and the recent game five.

They managed to stay in the hunt to reach the next round of the playoffs on Thursday evening, as they won game six in Los Angeles. On that occasion, they won 4-2 away from home, with the Oilers running away with the win with two goals in the final period. Evander Kane scored twice for the Oilers to keep their Stanley Cup dreams alive.

That does fall in line with their regular-season record, as they won more games on the road than they did at home. However, the Kings haven’t made it past the first round of the Stanley Cup playoffs since their 2013-14 success in the competition. But, they have an excellent chance to at least make it through to the second round this season.

The last Kings win on the road came in game five, as they won 5-4 after overtime. Edmonton forced overtime with three goals in the third period. However, the decisive goal in overtime was scored by the Kings. Adrian Kempe scored twice for the Kings in that win, while other goals were scored by Troy Stecher, Andreas Athanasiou, and Phillip Danault.

The trend of away wins in this series is a very difficult one to ignore. That could once again be decisive this weekend, as I could see the Kings securing their spot in the second round with a victory. It could be a closer game though, with under 1.5 goals in the first period.