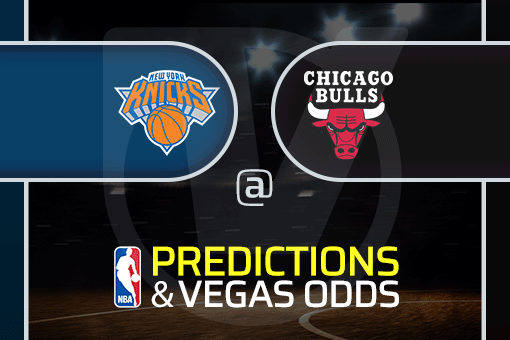 Is there a better classic than the clash between the Knicks and the Bulls? You can hardly think of a more enjoyable matchup than this one. Particularly because Derrick Rose comes back home, to the place where he wrote history, becoming the youngest NBA MVP ever.

Euphoria in NY Calms Down

After the opening few wins, the Knicks fans were… well, let’s say hyped. We saw them all over the internet calling out other rivals, providing excellent material for memes and GIFs. Fast forward a few weeks, the Knicks are above the .500-mark, but the euphoria is gone. Why? NYK is 2-3 in the last five games.

They played last night at Madison, defeating the sorry Houston Rockets, 106-99, but after a lot of trouble. We don’t need to tell that the franchise from Texas is currently the worst in the NBA, yet we want to mention that the Knicks struggled even against them.

Alec Burks moved Tom Thibodeau’s unit with 17 points in the final 12 minutes, ending the night with 20 buckets and six hit threes. Evan Fournier had 19 points, and five threes, while Julius Randle contributed with a double-double, 16 points, and 10 boards, being short one assist of a triple-double.

Billy Donovan and his boys are back in Illinois following a five-game tour through the West, ending the same with three wins and two losses. The Bulls lost to the top candidates for winning the NBA Title, the Warriors, and the Blazers, but defeated the Clippers, Lakers, and lastly, the Nuggets.

All this happened without Nikola Vucevic, who tested positive for COVID-19 and didn’t play in any of those events. The big fella isn’t sure about this contest either, but the way his teammates play, he doesn’t need to rush with coming back on the floor.

Zach LaVine and DeMar DeRozan are the fourth and the fifth-best scorers in the league, LaVine with 26.8 points and DD with 26.6. Over the past few events, we’ve also seen the Bulls’ defense becoming more fluent and quicker, adjusting to the fact that they don’t have Vucevic.

Head to Head – Knicks Up For the Moment

The first game of the year took place also in Chicago, and the Knicks went back home with a 104-103 victory. Kemba had 21 points and RJ Barrett 20 for the winning side; LaVine dropped 25 for the Bulls, Vucevic 22, and DeRozan 20 for Chicago.

The Bulls look better at this point, coming back from West in a positive mood, and having more time for recovery than the Knicks, who played the previous game less than 24 hours ago. The home side should solve this one in its favor and level the score in the season series against a direct rival for the playoff spot.