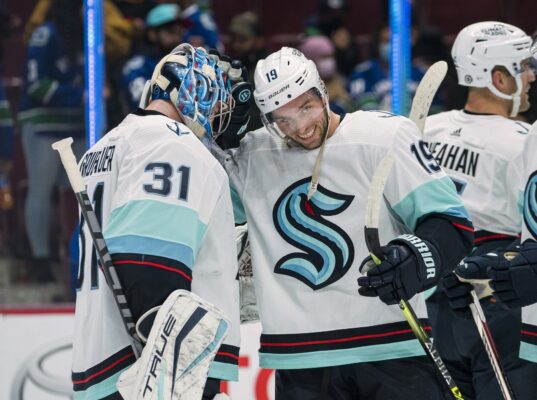 If you’re looking for the latest Kraken vs Kings prediction and odds, then look no further than Vegas Odds.

Two high-quality teams in the Western Conference will square off in the NHL on Tuesday, as the Seattle Kraken look to record a sixth straight win. Meanwhile, the Los Angeles Kings will be looking to get back on track after they were beaten in their previous fixture.

This should be an incredibly entertaining game at the Crypto.com Arena on Tuesday evening, as the Seattle Kraken and Los Angeles Kings have both started the new season in excellent form. The advantage at this early stage currently rests with the Kraken, as they sit third in the Western Conference standings. Seattle has won eight of their previous ten games, and they have excelled on the road to this point, having gone 7-1-1.

The Kraken also come into this fixture as the form side in the Western Conference, as they have picked up wins in each of their previous five games. Their latest win was recorded against the Anaheim Ducks earlier this week, as they landed a 5-4 win on the road.

Meanwhile, the Los Angeles Kings are also comfortably sitting in a playoff spot at this stage of the season. At present, they sit fifth in the Western Conference standings, having gone 12-9-3 in the NHL. However, their early season momentum has evaded them slightly in recent weeks, as they have picked up just five wins from their previous ten.

During that period, they have lost three times in regulation. Meanwhile, they come into this fixture after a defeat in their last game, as they were beaten in overtime by the Ottawa Senators. That home defeat was a disappointing outing, and they will need to raise their game ahead of the visit of the Kraken on Tuesday.

Both sides make compelling cases for victory in this fixture. However, we like the form that the Kraken comes into this game with. Therefore, we could see them recording a sixth straight victory in the NHL.