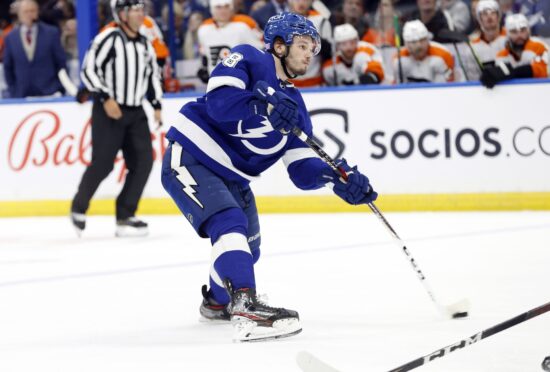 A busy Thanksgiving period in the NHL continues on Friday evening, as the Tampa Bay Lighting plays against the Seattle Kraken. The Lightning remains among the favorites in the Stanley Cup betting but will be looking for a run of wins to move to the top of the Atlantic Division.

The Atlantic Division is looking very interesting this season, with three very clear contenders for top spot. That could make the Eastern Conference very interesting later in the season, as both the Florida Panthers and Toronto Maple Leafs have looked dominant throughout the campaign. Of course, there is still a long way to go, and the Lightning experience of winning back-to-back Stanley Cups could come to the fore as the season progresses. Their form has been pretty strong in their last ten games, as they have won on seven occasions. Two of their defeats during that run have come in overtime, with only one loss being suffered in regulation.

Tampa won for the second game running on Tuesday evening, as they took their goal tally for their last two games to nine with a 4-0 success against the Philadelphia Flyers. The Lightning flexed their muscles throughout that game and were 3-0 ahead going into the final period. They added a final goal in the closing period. Steven Stamkos, Zach Bogosian, Alex Barre-Boulet, and Corey Perry all found goals in the win.

It has been a difficult first season in the NHL for the Seattle Kraken, as they sit at the foot of the Pacific Division after 18 games. They still have a game to play before looking ahead to a fixture against the Lightning, as they take on the Carolina Hurricanes on Wednesday night. However, their form over the last ten games has been alarming to say the least. They have fallen to eight defeats during that run, but have recently picked up a second win during that stretch.

Seattle won their game against the Washington Capitals on Sunday evening, which would have been a great confidence booster ahead of this busy schedule of games. Seattle scored three times in the second period to guide them to a 5-2 success in front of their home fans. Yanni Gourde, Jaden Schwartz and Calle Jarnkrok were among the scorers. Meanwhile, Jared McCann and Adam Larsson also scored on a big night for the Kraken against the Capitals.

The Kraken face a huge test on Friday against the reigning Stanley Cup champions. A recent win against the Capitals will certainly increase confidence, but they are conceding too many goals, which means that our preference remains for the Lightning.