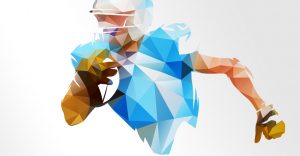 The LA Chargers have a perfect chance to post a win and snap a negative streak as they host the Jacksonville Jaguars.

Two sides with just one each since the start of the campaign meet this Sunday. We have 1-4 LA Chargers, who lost all of their matches pretty tightly, with a rookie quarterback involved early on into the season. The other team opened the season with a surprising win over Indianapolis Colts, but went on a cold-streak, losing five in a row. All in all, this match promises a lot of fun, as both teams want to win.

Where, When, and How to Watch LA Chargers vs. Jacksonville Jaguars

We need to say that Justin Herbert played above all expectations. That is, in our opinion, of course. This kid has shown great potential, and in four games so far, he threw for 1,195 yards, nine touchdowns, and three interceptions, which is great having in mind that he wasn’t projected to play at all.

His youth and inexperience are some of the reasons why Chargers don’t win games, but time will solve that problem.

What is problematic for the franchise from LA is Austin Ekeler’s injury, with the starting running back sidelined for a long period. When we add that Justin Jackson had some problems with his injury, that leaves the Chargers with Joshua Kelley as the only 100% ready rusher. We’ll see how the rookie coming out from UCLA handles all this.

The Jaguars’ fans were fired up, thinking that they got a long-term favorite at the QB position. It seems that Gardner Minshew isn’t that guy, but also, we believe that the Jaguars’ management isn’t willing to help the young QB in becoming one.

After disintegrating a very talented unit over the recent two years, Jacksonville is in the hunt for the high picks at the upcoming draft, and the management is not that interested in chasing wins this year.

Minshew is 162-of-240, for 1682 yards, 11 TDs, and five interceptions. What is even worse for this guy is that he might be replaced at the end of the year, following the draft. So, Jags fans, prepare yourself for one frustrating season.

Here we have a perfect situation for the Chargers to win one match and improve the undeserved score. After all, this team pushed both the Saints and the Chiefs in the overtime. The spread they need to cover is -7.5 points, and that is achievable for Herbert and his short-handed unit. Keenan Allen should be ready to play, and them two are enough for the Jags’ poor defense.

Also, expect to see Joey Bosa delivering a lot of beating to Minshew. This is a perfect opportunity for him to boost both the stats a little bit.