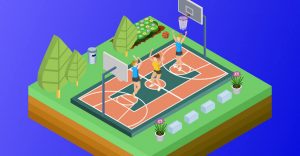 The Los Angeles Clippers outlasted Boston Celtics, after a fantastic show presented by these two sides. But the game at Staples Center will be remembered because of the officials and their mistakes. Their calls directly affected the final result, and it could be said that they gave a boost to the hosts a little bit. All the experts and the analysts agreed upon this following the event.

The Clippers won 107-104, in arguably the best game of the season so far. The excitement, the thrill, intensity of play, all of these things were superb. On top of it all, the guys on both sides gave their best and provided several breathtaking situations, like Kawhi Leonard’s monster jam, or Jayson Tatum’s three, along with breaking Paul George’s ankles.

As we said, everything was in perfect order except for the officiating. Three calls were controversial. The first is Jaylen Brown’s foul on Paul George, which followed a possible offensive foul of the Clippers’ forward. Brad Stevens challenged the decision, but it stood after the review. After that, the refs didn’t call for an obvious foul on Kemba Walker in the closing moments of the regulations, and following all this, the Celtics’ head coach got a tech.

However, Tatum forced an OT with his three with 13.2 seconds to go, and he scored six of Celtics’ seven points in the additional five minutes but didn’t have any help. All of his teammates were pretty bad when it comes to posting buckets last night.

Tatum had 30, and the closest one behind him was Marcus Smart with 15 points. However, he was 1 for 11 from downtown. Kemba Walker utterly failed to meet the expectations. The C’s point guard had 13 points, 6 turnovers and was 4 of 17 from the field. Overall, the guests were bad from behind the arc with 12 hits in 45 attempts.

Beverly and Williams in Charge

On the other side, Pat Beverly and Lou Williams pulled all the strings. Beverly was excellent in defense, but apart from that, he made a three with 43.9 seconds to go, giving his tea a five-point lead, 107-102. It was his second in OT, and a decisive one. Also, the Clippers’ point guard had a career-high 16 boards and 7 assists along with 14 buckets.

Lou Williams brought back the hosts in the fourth period, when he scored 13 points, among them the last five for the LA. He had a go-ahead three, and after that sunk two free throws, before Tatum’s three.

Paul George had 25 points, Leonard 17. Them two had 10 turnovers combined and were 15 of 38 from the game. It was their first appearance together since both moved to LA.

The Clippers are 10-5, and 9-1 at home. Their next game is against the Houston Rockets, who lost in Denver tonight, snapping an 8-game winning streak. The game is set for this Friday. Following that one, they await the New Orleans Pelicans.

On the same day, the Celtics (11-3) will face the Nuggets, in Colorado. That is their final, fifth, game of the Western Conference tour they had over the past few days. Stevens’ team is 2-2 for now, beating the Warriors and the Suns, while losing to Kings and Clippers.