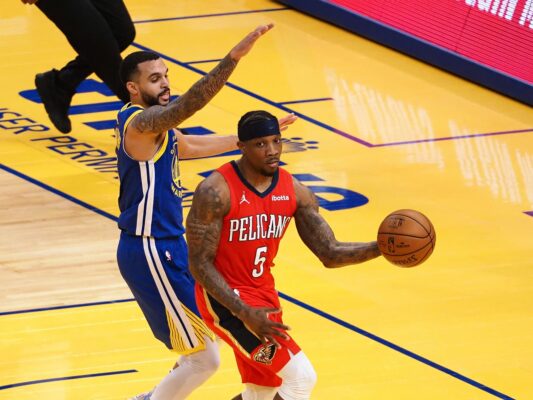 The LA Clippers decided to react after seeing their city rivals, Lakers, making blockbusting trades in the opening few days of the new NBA season. Tyronn Lue’s side made an exchange with the Memphis Grizzlies this Sunday night, which draw a lot of attention around the league.

Bledsoe Back Where He Started

Both the Clippers and the Grizzlies executed this transaction to create new possibilities for making major trades or moves on the market. The franchise from the City of Angels cut $30 million in the luxury tax and has $8.3 million on the traded-player exception to use. Also, in the upcoming 2022 season, Bledsoe has just $3.9 million guaranteed of his $19.3 million deal.

The former Kentucky Wildcats star was drafted as the 18th overall pick in the 2010 NBA draft by the Clippers, spending the first three years in LA. After that, he went to Phoenix Suns, playing for four years in Arizona before moving to Milwaukee, where he appeared for the Bucks throughout three seasons. Before the 2021 campaign, Bledsoe was traded to New Orleans in exchange for Jrue Holiday. He is a two-time All-NBA Defensive Team.

As for the Grizzlies, the franchise from Memphis has 16 players with guaranteed contracts and is open to listening to any offers for the majority of them. Taylor Jenkins’ crew gets two excellent veterans who can add depth and experience to a very talented young core. On the other side, they could be a massive asset in some trade combinations.

Over the past couple of years, Beverly was one of the best defenders in the league, being selected in the All-NBA Defensive Teams three times, while Rondo carries a significant championship experience that might be useful.

Clippers Near the Top, Grizzlies on the Verge of the Playoffs

The LA Clippers were the fourth candidate to win the title before the 2021 season, and now they are fifth in the favorites list. The odds on them to lift the Larry O’Brien trophy are +1300. LA Lakers and the Brooklyn Nets are the two biggest contenders with the same odds, +300, the reigning champions, the Milwaukee Bucks are +800.

It seems that the Clippers aren’t that much in focus anymore, which could be a good thing because it removes the pressure off of them.

The Grizzlies will be battling for the playoffs. At the moment, they are ninth in the line when looking at the odds for reaching the postseason in the Western Conference, +185. Just to remind that Jenkins’ team reached the playoffs in 2021, after the play-in tournament, where they eliminated the Spurs and the Warriors, before losing to the No.1 seed, the Utah Jazz, in the first round, 4-1.