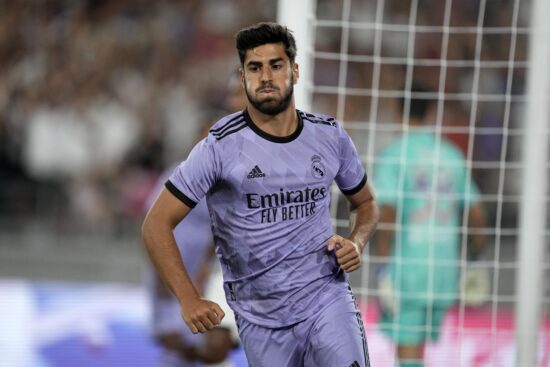 If you’re a European soccer fan and are in search of some La Liga predictions, look no further! – Vegas Odds has you covered!

Real Madrid is the only La Liga team with all wins in the 2022-23 season so far. Will Osasuna be the one team that puts an end to Real Madrid’s brilliant run when the two meet on Sunday, October 2? Top soccer bookmakers don’t think such a thing is going to happen. Instead, they see Los Blancos as huge favorites in this duel, with the Vegas odds in the ballpark of -333.

If you’re a soccer-betting fan, you might not find those odds too attractive. But worry not, we got some other La Liga picks for you, which come with much better prices. To see those picks, just keep on reading this Real Madrid vs Osasuna preview.

Karim Benzema Is (Probably) Back!

Even though he’s turning 35 in December, Karim Benzema seems to be playing his best soccer in 2022. He just received his Pichichi Trophy for his goalscoring performances last season – he put away 44 goals for Los Blancos in the season that saw them win both La Liga and the Champions League.

Benzema started the new season in top gear as well, scoring three goals in La Liga in August, while also recording one assist. However, in early September, Real Madrid’s best player suffered a knee injury. Therefore, he had to stay away from the pitch for more than three weeks.

Still, even without Benzema on the team, Los Blancos did very well. They continued winning, getting to a 6-0-0 record in La Liga, with a score differential of 18-6.

Luckily for them, Benzema is reportedly making his comeback on Sunday, which is bound to make them even more dangerous in the offense.

Osasuna’s record against Real Madrid is just horrible. They haven’t won a single game against Los Blancos since 2011, while their win drought at Real Madrid’s stadium is even longer. The last time they triumphed at Santiago Bernabeu was in January 2004.

Obviously, none of the players who featured in that game are still playing professionally. What this means is that the guys that do wear the Osasuna shirt in 2022 only have bad memories from their trips to Madrid.

To be completely frank, they did grab a point in their duel with Real Madrid last year. It was 0-0 in that game, even though Los Blancos made 17 goal attempts while keeping the ball in their possession for 75% of the time. Osasuna had luck on their side in that match, but we doubt the same will happen again.

Real Madrid is winning this game, there’s no doubt about that. The only question here is whether we’re going to see them blow out Osasuna or not. We think they might do it, considering that their scoring average in La Liga is just under 3.0 this season.