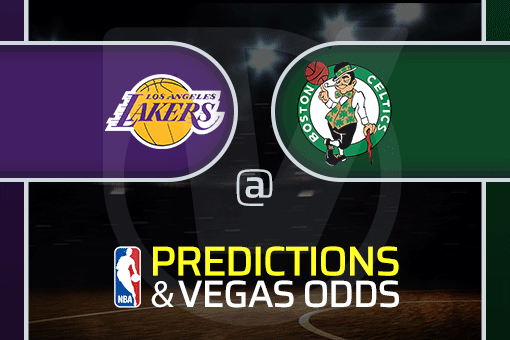 This is the battle not only between two big teams but between the conferences, the two coasts, and two philosophies. The Lakers visit TD Garden, and once that happens… the whole league is watching.

This is the main topic among the Lakers fans who can’t wait to see their favorite star returning to the floor. With him, the team looks mediocre, despite having two megastars – Davis and the former NBA MVP, Westbrook. Though, we need to say that even LBJ’s comeback can’t guarantee that the Lakers will be better.

In the past 10 matches, they are 5-5, and in the previous four, the purple and gold are 1-3. The schedule makes the situation more problematic, as LAL plays many road games in the upcoming period. This is truly a challenging sequence for Frank Vogel and his boys, who have to dig deep to claw out of the hole.

Russell Westbrook’s numbers are a bit better, but we’ll see what happens with Brody once LBJ comes back. His shooting percentages are low, 42.8% FG and only 30% from three, and what is even worse, he averages 5.3 turnovers per game.

And really, the Cs have so many problems this year. The first and most important, there is no positive atmosphere in and around the locker room. Those players-only meetings didn’t bring any change. Secondly, Jaylen Brown is out, and Jayson Tatum carries the team alone.

Tatum scores 24.2 points, but his percentages are very low, 39.6% from the field and 77.3% from the free-throw line. If it weren’t for Dennis Schroder, who adds 17 buckets each night, things would be very tough for Boston.

Their last game was in Atlanta, losing to the Hawks, 110-90. Tatum dropped 34, but apart from Grant Williams with 18 points, and Schroder with 15, there wasn’t any decent help coming from other players.

These teams have met 12 times in the NBA Finals, with the Cs winning nine times, mostly during the 60s. A bit older fans remember the 80s and the Magic-Bird rivalry too.

With LBJ involved, the Lakers should win. Even without James, they are in a better position because the Celtics have only one reliable attacking option, which is Tatum. Also, the purple and gold tend to play better against stronger teams, and we saw that in the past. The spread on the guests is +1.5, with the bookies considering them to be slight underdogs. Our prediction is that the Lakers are going to defend the spread and start the tour with a big victory over the fierce rivals.