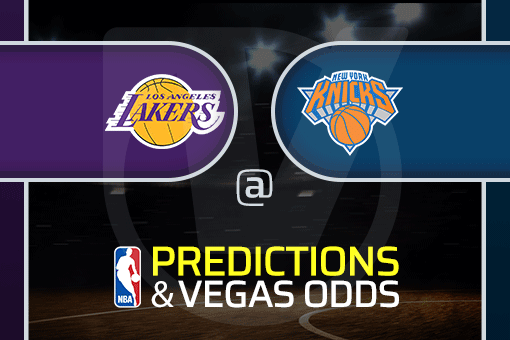 The central game of Tuesday’s NBA program is in New York, where the Knicks host the LA Lakers. Regardless of not being able to see LeBron, this is going to be a spectacle because of the rivalry between these two cities.

James Out After Detroit

The league decided to suspend James after his elbow hit on Pistons’ Isaiah Stewart. This is not a big punishment for LBJ, compared to what could have happened if Steward reached the Lakers’ superstar.

Anyway, the LAL snapped a three-game losing streak in Detroit, beating the sorry Pistons 121-116. Considering that the franchise from Michigan is among the weakest in the NBA, the purple and gold’s performance was pretty weak. Overall, they play beneath the expectations since the start of the campaign.

Anthony Davis had 30 points with 10 and six boards, posting four steals and five blocks and playing a superb all-around contest. The former NBA MVP, Russell Westbrook, was one board short of a triple-double with 26 points and 10 assists, while Melo added 18 buckets off the bench.

Tom Thibodeau’s guys have had subsequent wins and losses over the past few games. After a pretty convincing start, the Knicks slowed down, and so did all the stories about their NBA title quest. Let’s face it, NYK is not in the top 10 contenders for winning the championship.

Their last contest was in Chicago against the Bulls, and it ended 109-103 for the hosts. The Bulls scored 37 points in the final period, erasing the minus and posting a big win over the sloppy guests. Slow finishes have become a major problem for NY, and Thibodeau needs to solve that ASAP.

The three-point percentage was an issue in the Windy City, with the Knicks hitting only seven shots in 27 attempts. Julius Randle had 34 buckets, with 10 rebounds, all that while shooting 13-for-19 from the field. D-Rose scored 9 buckets in his return to United Center. Alec Burks came off the bench to add 13 points and once again prove that he might be the X-factor for the Knicks this year.

Even with LeBron involved, the Lakers are struggling a lot this year. The chemistry isn’t good, and Russell Westbrook didn’t fit in quickly enough. The only bright spot in the LAL’s game is Anthony Davis, but he alone can’t bring a win in New York. The Knicks are solid at home and have more versatile options on both ends of the court. That is why we predict their easy win.