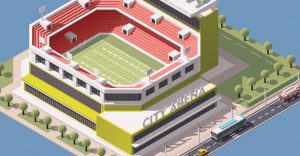 Starting with the 2020 NFL season, Oakland Raiders are no more. They’re now Las Vegas Raiders. The rebranded team is making its debut this weekend against the Panthers in Charlotte. Now that we’re on the subject of debuts, the Panthers are going to premiere their brand-new quarterback Teddy Bridgewater.

The Raiders, on the other hand, will probably stick to Derek Carr as their starting QB, the man who played a key role in the previous meeting between these two. Can he do the same in the Las Vegas Raiders at Carolina Panthers in Week 1?

The Silver and Black head to Charlotte to make their season premier against the Panthers at the empty Bank of America Stadium. Due to the COVID-19 regulations, the Panthers home ground will remain closed to the public in Week 1. With no fans to root for them, the home players are facing a super-hard challenge against one of the potential dark horses of the American Football Conference.

Still, the biggest worry for Carolina is how their new quarterback is going to perform in his debut. After the departure of the 2015 NFL MVP Cam Newton to the New England Patriots, Teddy Bridgewater was brought in after leaving the New Orleans Saints on free agency.

Teddy Bridgewater to Make His Debut for the Panthers

In the last two seasons, Bridgewater served as the replacement for Drew Brees in the New Orleans Saints, mostly getting his chances when Brees was out injured. In 2019, for example, Bridgewater made only nine appearances for the Saints, five of which saw him being the starting QB.

What made him an attractive prospect for Carolina Panthers scouts was the fact that his team was undefeated in those five starts. Furthermore, Bridgestone’s 2019 stats were pretty decent, with 1,384 passing yards, nine touchdowns, and just two interceptions.

Obviously, the new Panthers QP has a lot to offer. Unfortunately for him and his teammates, their first opponent is very tough when defense is concerned.

Since relocating to Las Vegas, the Raiders haven’t played a single game. Nevertheless, their coach Jon Gruden is famous for knowing how to prepare the team well in the off-season. He did it in 2019, helping his team destroy Denver Broncos in Week 1.

Raiders look like clear favorites on paper, but in order to beat the Panthers, they will have to do well in defense. Taming the star running back Christian McCaffrey is of utmost importance. When it comes to the offense, the Raiders will be putting all they got in Derek Carr, who’s been their QB since 2014.

Although Carr is not thought of as an elite NFL quarterback, he’s been improving constantly over the last couple of seasons. In 2019, he achieved his career-high passing yards record with 4,054. In comparison, Carr made 3,270 yards in his rookie season for the Raiders.

For all the reasons mentioned, our Las Vegas Raiders at Carolina Panthers prediction has to lean toward the visiting team. Raiders are simply the better of the two. In fact, it would be a big surprise if they didn’t win this game easily, covering that -3 spread given by some top football sportsbooks.