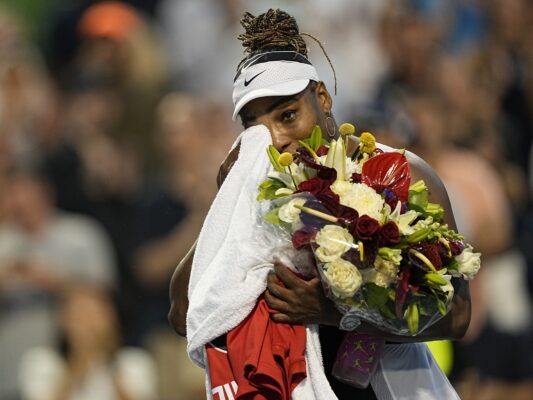 The Serena Williams farewell tour ahead of the final Grade Slam of the season continued earlier this week, as she took on the reigning US Open champion, Emma Raducanu, in the Cincinnati Masters. As you would expect, it was a packed out arena to catch a glimpse of the 40-year-old, but ultimately, they were left disappointed, as the British star won easily in straight sets.

Following the announcement that Williams would retire after the US Open earlier this month, the odds for the American to win the final Grand Slam of the year were cut to +1600. However, recent defeats in the Cincinnati Masters and Canadian Open have seen the odds rise to +2500. In truth, those odds still appear to be on the shorter side, especially given that the 40-year-old has won just once in individual competition over the past 12 months.

A lot of bettors will be wagering with their hearts over their heads when it comes to the US Open and Williams, but winning the Grand Slam this season would certainly rank highly among the most famous victories that Williams has recorded throughout her career. The size of the challenge was evident to anyone that watched the match against Emma Raducanu on Tuesday, as Williams faded incredibly quickly after losing the first set 6-4.

Once the initial threat was put out by the Brit, Raducanu rose her level again in the second set to win 6-0. Williams hit just seven aces and made four double faults in the match. Meanwhile, Raducanu hit five aces and didn’t make a single double fault.

Who Is The Current US Open Favorite?

The top of the betting for the Women’s US Open title remains unchanged since we last looked at the market in our Grand Slam preview. Iga Swiatek remains the heavy favorite to win a third Grand Slam, with the bookmakers pricing her up at +200. The Polish star reached the fourth round of the Grand Slam last season. She boasts a 67% win rate at Flushing Meadows. However, she was recently beaten in the round of 16 at the Canadian Open. That means a lot of pressure will be put on her showing at the Cincinnati Masters over the coming weeks.

Naomi Osaka, who was watching Williams on Tuesday, is the second choice in the betting at +600. The Japanese star is looking for a third US Open success this year. However, her return to the court after a disappointing first round exit at the Canadian Open was far from impressive, as she lost in straight sets against Shuai Zhang at Cincinnati Masters yesterday.