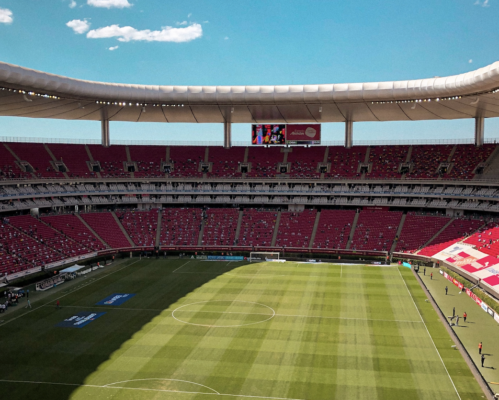 Photo via Miguel Ramirez on Unsplash.

The Apertura of the Mexican Liga MX 2022 is already underway, and we can clearly see which teams are in good and which are in bad shape. We saw enough to create some perception of their strength and ambitions, and why not earn some money from it?

This is a perfect chance for Atlas to collect another three points and extend their unbeaten streak to three games. Juarez is in poor shape, not winning the past six events, so we simply have to back up the home unit to triumph.

The same goes for Mazatlan as for Atlas. They are playing against the last-placed unit in the Liga MX, and have two wins in a row. On the other side, Queretaro didn’t post a single victory after eight events; therefore, it is a unique opportunity for the hosts to snatch another three points.

The clash between Puebla and Necaxa is the battle between two contenders for the top four spot and the direct place in the playoff quarterfinals.

The significance is high, and we don’t believe that there would be too many chances. Therefore, we are going with low efficiency.

The derby of the round, between the first and the second-placed teams in Liga MX 2022. Monterrey has one point fewer but a game in hand. However, Toluca is extremely aggressive at home, and we expect to see some fire here.

When things get going, we should see some goals.

The hosts are in poor shape, with just one win in the past five games, and one of the worst defenses in the league. Meanwhile, after a few solid games, Tijuana didn’t win in the past two games, and they are coming into this event aiming for one point from it. Don’t expect too many goals here.

One of the big games in Mexico.

The home team only recently won for the first time after four games. On the other side, Club America stabilizes slowly, winning back-to-back Liga MX clashes, and significantly improving its form compared to one month ago. That is why we think the guests won’t lose this matchup.

These two teams don’t have any consistency, playing in waves, and currently, they are both in a negative swing. Leon has a bit poorer defense than Santos, and that is the only reason why we want to take a risk and pick the hosts to triumph.

Atletico didn’t win for the last seven games, with just one of them ending with over 2.5 goals. UNAM has only one win in the previous eight, and also with the majority seeing two scores at most. So the logical thing here is to bet on low efficiency.