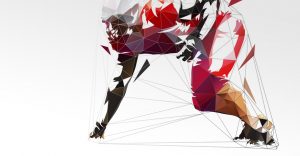 There’s a cat-fight scheduled for the NFL Week 6 when the Detroit Lions are traveling to North Florida to take on the Jacksonville Jaguars. Neither team can be too proud with their performances this season, but to be fair, the Lions have played one game fewer than most of the teams in the league. The reason is that they had a bye week in the fifth round. What this means is that the Lions have had two weeks to prepare for their game in Week 6, Lions @ Jaguars.

This team has played four games this season. They won only one of those while losing three. However, they faced some pretty tough opponents in those games – New Orleans Saints, Green Bay Packers, and Chicago Bears.

The only game they won was against the Arizona Cardinals. The match saw the Lions putting an end to their 11-game losing streak. The Lions QB Matthew Stafford threw two touchdown passes that weekend, showing the world that the 32-year-old still has some aces up his sleeve.

If the Lions want to win this game, they need to figure out how to handle the Jaguars quarterback Gardner Minshew II. Even though the team from Florida is far from being impressive in the offense, they sure do have a lot of potential.

The Jaguars have scored a total of 109 points so far, which isn’t too bad. Furthermore, their QB has contributed to 10 touchdowns. That’s almost half of what he achieved in 2019 when he got 21 touchdowns in 14 games. Furthermore, he’s averaging 4.8 yards per run when he’s rushing the ball on his own.

Of course, no man is an island and no quarterback can achieve much without other offensive players performing well. The good news for the Jaguars is that running back James Robinson has been on form, with 333 yards through five games.

Even though the Lions are coming into this game as favorites, we feel it’s going to be a closer duel than expected. Despite everything, the Jaguars are a good offensive side. Their #1 problem is poor defending, but the same seems to be the case with the Lions as well.

This is why our Lions @ Jaguars betting advice is to focus on points. The two teams should be able to go over 55 points combined.