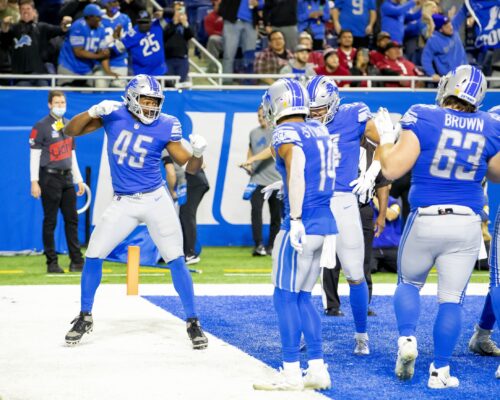 It’s official, the Seattle Seahawks will miss the playoffs this season. With a 5-10 record, they have no chance of getting to the postseason even if they win the remaining two games. Still, they do have something to fight for – their pride.

After losing to the Chicago Bears last week, the Seahawks want to bounce back in Week 17 with a win against the NFL’s worst team, the Detroit Lions. This team is 2-12-1 on the season, but both of their wins happened within the past four weeks. Should this worry Pete Carroll and his boys?

Even if they win the next two games and finish with a 7-10 record, the 2021 season is going to be their worst season in the Pete Carroll era. He’s been the Seahawks coach since 2010 and in all those years his team never lost more than nine games in a season. That is, until 2021.

The poor record has put him in the hot seat. Rumors about the oldest NFL coach getting fired have started to intensify over the last couple of weeks, especially after it became clear that the franchise legend Russell Wilson isn’t too pleased with how the club’s been run. According to some reports, the quarterback would not say no to a transfer next season.

All those problems might disappear if the Seahawks start showing signs of improvement. Their recent form has been disastrous but finishing the season with two wins would certainly make their players feel better about the team.

The Lions’ Offense is on the Rise

Detroit won both of its games within the last four game weeks. First, they defeated the Minnesota Vikings in their last game in November. Then, they won against the Arizona Cardinals two weeks ago in what was one of the biggest upsets of the season.

Their quarterback Jared Goff was superb in both those games. Against Minnesota, we saw him throwing for three touchdowns and one interception. Against Arizona, he threw for three TDs once again, but this time, he recorded no interceptions.

Unfortunately, he then suffered a knee injury. That’s the reason why he had to miss the Week 16 game against the Atlanta Falcons which his team ended up losing 20-16. The good news is that Goff should be back in Week 17.

If he does return, it could mean trouble for the Seahawks as Goff seems to be working great together with rookie wide receiver Amon-Ra St. Brown. The USC product has made three receiving touchdowns in the past four games, which earned him the title of the NFC rookie of the Month.

Pete Carroll will surely push his guys to get a win on Sunday as it would be really embarrassing to lose to both the Bears and the Lions in the space of just two weeks. Still, beating Detroit isn’t going to be easy, especially because the Lions’ offense has started to click.