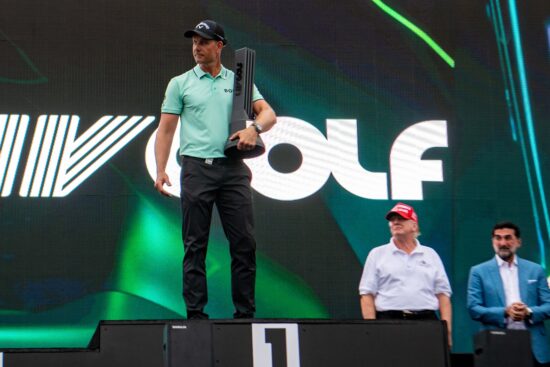 The divide that the LIV Tour has created in the world of golf shows no sign of stopping, as more players look set to defect to the Saudi-backed tour. However, the civil war in the sport took another step this week, as Phil Mickelson and Ian Poulter was among eleven stars on the LIV Golf tour to file lawsuits against the PGA Tour, as they bid to overturn the suspensions handed to them. However, which players could be the next to take the Saudi money and join the LIV tour?

Which Player Could Be Next To Join LIV Tour?

The golden question centered around the next player to join the LIV Tour is a question that many golf fans have been asking themselves. Stars such as Rory McIlroy, Jon Rahm, and Tiger Woods have been extremely critical of the new breakaway competition, which means that it is extremely unlikely that they will be joining the LIV Tour, regardless of the eye-watering money offered to them.

One player that teased a move to LIV Golf last month was Cameron Smith. The Australian failed to play down links between him switching tours just hours after he won The Open. Patrick Cantlay and Hideki Matsuyama are two other players who have failed to give a concrete answer when asked about their future participation. Neither have come out and criticized the players involved.

Could Measures Be Taken To Avoid Players Playing?

An interesting betting market at BetOnline has opened, indicating that the US government could get involved in the sport. However, the odds would certainly indicate just how unlikely it is that a decision could be made, as the US government to ban players playing in the LIV Tour currently stands at +3000.

However, a legal battle between the two major golf competitions looks set, as a number of stars have already begun lawsuits against the PGA Tour. Ian Poulter and Phil Mickelson are among the eleven to file lawsuits, as the former PGA Tour players look to fight the suspensions imposed on them.

More sanctions could be heading the way for LIV Golf players. Team Europe removed Henrik Stenson as captain of the Ryder Cup team for 2023, which could mean that the famous competition as we know it could be changing. Team USA is yet to make its stance known, but at this point, it’s unlikely that we will be seeing any LIV Golf players in action at the Ryder Cup in 2023. Regardless, we can’t see the US government getting involved.