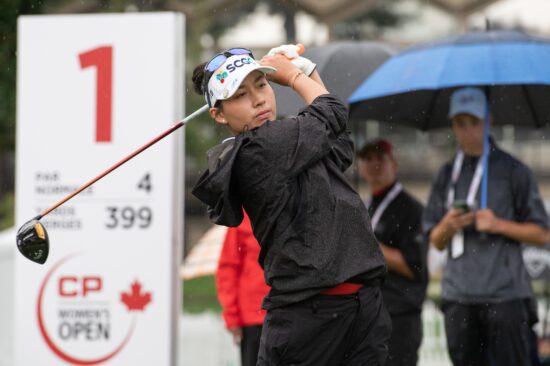 There is LPGA Tour action to look forward to this weekend, as the Volunteers of America Classic gets underway on Thursday. The winner will be crowned on Sunday in Texas, and there will be many leading contenders involved in the competition this weekend.

The Volunteers of America Classic has been a regular fixture on the LPGA Tour since it was officially played for the first time in 2012. However, it has changed location since then, as the first edition of the competition was staged at Las Colinas Country Club in downtown Texas. Since 2018, the tournament has been held at the Old American Golf Club in The Colony, ensuring that it remains in Texas.

The tournament record score was sent by Cheyenne Knight in 2019, as she went 18-under, and won with an aggregate score of 266. Inbee Park is the only player to have won this event on more than one occasion. Meanwhile, only three American players have won the event since its inception in 2013.

Lydia Ko comes into this event as one of the most in-form players on the LPGA Tour. She has finished in the top ten in five of her previous six appearances, which includes her finish in a tie for fifth in the Arkansas Championship last weekend. However, despite her excellent form, it may be a slight concern that she has won just one event in the previous 12 months.

Atthaya Thitikul is one of the most exciting players on the LPGA Tour, and the 19-year-old will be looking for a second straight victory on the tour this weekend. She was the winner of the Arkansas Championship last weekend, going ten-under in the second round. She has now shot under-par in each of her previous five rounds, and ten of her previous eleven rounds.

Nelly Korda remains the strong American chance, according to the betting this weekend. However, she missed the cut at the Arkansas Championship last weekend and finished back in a tie for 31st in the Portland Classic on her previous effort before that.

We would be keen to take a chance on Atthaya Thitikul this weekend. She comes into the event in excellent form, and there is certainly value in opposing the favorite in Texas.