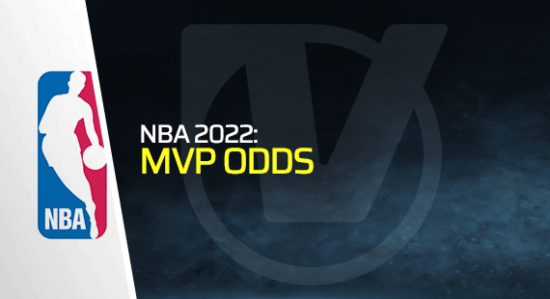 It is still early on to debate about the next year’s NBA MVP odds, but with all the action going on around the NBA these days, we need to run over this matter.

The young Slovenian is the top favorite for taking the honors, with the current odds +400. At the moment, he is doing wonders at the Olympic Games, showing his talent in the biggest sporting event in the world. In the 2021 campaign, he had 27.7 points, 8.6 assists and 8 boards, which is enough to win the MVP trophy. If he repeats such productivity and his Dallas goes up in the West a little bit, Luka’s prospects to become one of the youngest MVPs are pretty good.

Joel Embiid is next in the line at +700, the same as Kevin Durant, who is between that value and +850. The big fella from Philly is arguably the most dominant classical center in the league, but to be honest with you, we don’t believe that he has what it takes to become the MVP. First of all, Embiid has constant injury issues, and his knees are getting weaker each season. It is no wonder why the 76ers landed Andre Drummond to have a strong backup.

As for KD, in a team with Kyrie Irving and James Harden, it’s hard to believe that you can get that big of an impact on your own, which decreases the chances for the award.

The two-time NBA MVP and the current NBA champion, Giannis Antetokounmpo, is +800. Now, the Bucks’ leader is one of those guys who should be taken into consideration seriously, because he has a massive motivation to come back and extend his legacy. Plus, he already knows how to win it.

The reigning MVP winner, Denver Nuggets’ Nikola Jokic, is +1500 to defend his current status. Ahead of him are several big-time players, but to be honest, these odds undervalue the Serbian player. After all, he did revolutionize the game in some way, and he should be treated better. However, Denver is a small market, and the media hype in his case isn’t big like with other players.

There is one other small-market player in the mix here, who might jump out and surprise. Utah Jazz’s shooting guard, Donovan Mitchell, is +3000 to become the first MVP in Salt Lake City since Karl Malone.

Utah is a championship contender, and they finished the previous year atop the NBA during the regular part of the season. The Spida had 26.4 points per game in the 2021 season, with 5.2 dimes and 4.4 boards, but his clutch moments always delivered success to Utah.

We also want to mention Jayson Tatum (+2800), who will finally have the Celtics for himself. Kemba Walker is out, meaning that Tatum and Jaylen Brown can run the team on their own. Ever since coming to the league, Tatum has been one of its biggest stars, and this just might be the moment for him to take his game to another level.