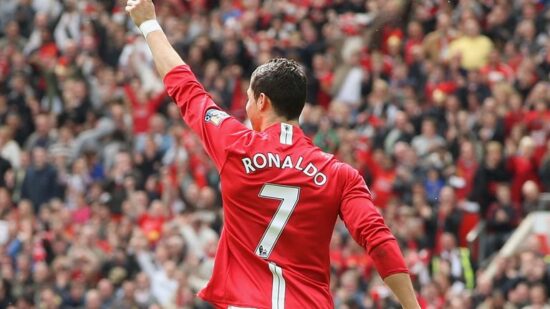 The football observatory, CIES, revealed the latest value analysis for the teams from the top five European championships. It shows the amount of money invested in making the current rosters.

Like in 2020, the most expensive team in the world is Manchester City.

Manchester Duo Only Above One Billion

City spent $1.28 billion for having the current team, which is more than $52 million compared to last year. That is because of a fantastic transfer in which Aston Villa’s Jack Grealish moved to Etihad for $138 million. That covered all other fluctuations and changes and additionally increased the value of the English champions, who won three of the past four EPL titles.

Manchester United had a busy summer, and that immediately reflected. The Red Devils have a team whose worth is $1.21, which is $212 million more than in 2020, which is pretty impressive.

Ole Gunnar Solskjaer added Jadon Sancho from Borussia Dortmund, Rafael Varane from Real Madrid, and finally, Cristiano Ronaldo from Juventus, but his transfer wasn’t that expensive, the lowest of all three mentioned.

Manchester United has high hopes from this season, but they sit only fourth in the title-favorites list. The current odd on United winning the EPL are +660, and the Red Devils are way behind the top contenders, City, who is +140. The European champions, Chelsea, come third, +280, and Liverpool sits third +600.

PSG Only Third, But Has the Best Transfer Window

The Saints were second in 2020, but they slipped behind United this summer. Right now, their value is $1.1 billion, slightly higher than in the last report.

However, they had the best possible transfer window, landing numerous big names. Now many of you would ask why this didn’t reflect upon their worth? The answer is simple – because most of the players came on a free transfer.

Gigi Donarrumma, Sergio Ramos, Gio Wijnaldum, and Messi, all these guys came wihtout any expense to PSG. The only two notable names who were paid were Acrhaf Hakimi, $71 million, and Nuno Mendes, whose loan is a bit more than $8 million.

Number four is Real Madrid. Los Blancos’ most significant signing was Edouardo Camavinga, whose transfer had cost the Spanish giant $35 million, and overall, they spent $81 million this summer, making the overall worth of the team $934 million. Chelsea is fifth, with $925 million, only $20 million more than last year, but with one of the highest transfers in recent times.

Romelu Lukaku’s move from Inter to Chelsea was paid $136 million, but most of that sum was covered when the Blues sold Abraham, Zuma, and Tomori. Liverpool, Juventus, and Arsenal are all following the Blues.

Barcelona dropped its value for more than $294 million, from $980 million to $686 million, which is logical, having in mind that they have unreal debt and had to let loose Messi and Griezmann. They are now behind all these teams, with a negative trend, and we might see the five-time European champions falling down even more.

Tottenham occupies the final tenth place in the list.