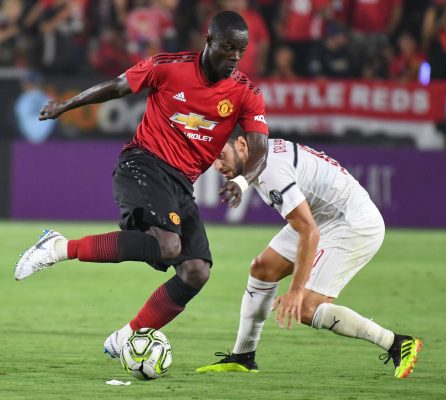 The Champions League is reaching the business end, as there will be vital games around Europe this week with teams competing for vital points to reach the next stage. Last season’s finalists could be in danger of being knocked out of the competition, and they will need to get a positive result against Manchester United this week.

United On Verge Of Qualification

Manchester United are on the verge of sealing their place in the knockout round, which will come as a shock to some. Many gamblers would have predicted United to finish third in this competitive group, as they were drawn against two of the four sides that were left standing in the competition’s semi-finals last season. However, United have saved their best performances of the season for this competition, and have beaten both PSG and RB Leipzig already this season.

United’s goal difference is a huge benefit, which means just one more point will likely be enough to take them through to the next round. However, they will need to defend better than they have over recent games. United managed to escape St Mary’s with three points in their last game, as Edinson Cavani scored two second half goals to overturn a 2-0 half-time deficit.

A Champions League success remains the big aim for PSG once again this season. Last term was the closest that they have come to winning the competition, but they were agonisingly beaten by Bayern Munich in the final. The pressure has been on Thomas Tuchel and his side since that opening night defeat against United, and they will come into this game off the back of a must-win match against RB Leipzig. Defeat in that match would have left PSG’s chances hanging by a thread, but a win at Old Trafford will put them back on course to qualify for the next round.

Neymar was the only scorer in that 1-0 win against Leipzig last week. However, PSG have been inconsistent throughout the season, and that was the case in their most recent Ligue 1 game. The French champions were held to a 2-2 draw in Paris, with Neymar and Moise Kean scoring the goals for PSG. Tuchel’s side will need to be more clinical when they get their chances against United on Wednesday evening.

The side playing at home when United and PSG meet have never won a competitive meeting between the sides. Both United’s wins against PSG have come in Paris, while PSG’s only win came at Old Trafford. United will likely to set up as the away team in this fixture and try and play on the counter-attack, while they must be better defensively than they have been recently to take anything from the game. A score draw could be the most likely result.