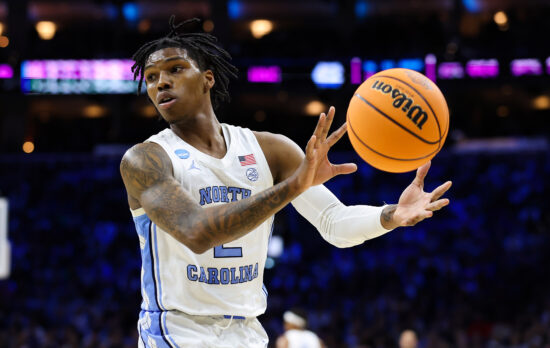 The state of North Carolina may have to issue a state of emergency as a matchup featuring one the greatest rivalries in all of sports between Duke and North Carolina is set to make history with a Final Four clash on Saturday.

After 42 seasons with Duke, legendary head coach Mike Krzyzewski announced his retirement following this season. Duke is two wins away from Coach K going out with his 6th NCAA Tournament title, but standing in his way is a scorching hot rival, North Carolina, looking for the ultimate prize of ending their rival coach’s career in the Final Four. This matchup is set to be a historic game and should be extremely competitive and well-fought.

Duke has been impressive this entire season, racking up huge wins against Gonzaga, Kentucky, Texas Tech, Michigan State, and North Carolina, now standing at 32-6 on the season. The last time the Blue Devils reached a 33rd win was in 2015 when they went on to win the championship. Duke dominated Arkansas for most of their Elite 8 matchup and has seen few struggles so far this tournament.

The Blue Devils were led by freshman phenom Paolo Banchero who finished the game with 16 points, 7 rebounds, 3 assists, a steal, and a block. This was Banchero’s 10th consecutive game in double figures. Despite his 16 points, Banchero struggled shooting a bit against Arkansas, shooting just 36.4% from the field after shooting 63.6% in his previous five games. Luckily for the Blue Devils, Banchero isn’t their only weapon, as they had six players score 9 or more points against the Razorbacks.

North Carolina blew past St. Peter’s in the Elite 8, leading by about 20 points for the majority of the game after jumping to an early 34-13 lead. The Tar Heels have now outscored their four tournament opponents by an incredible 66 points. In their current 16-3 stretch of games, UNC has outscored opponents by a total of 161 points or about 8.5 points per game. North Carolina has played very few close games this entire season. Only two of their 37 games ended with a difference of five or fewer points.

North Carolina got a historic performance from junior forward Armando Bacot against St. Peter’s, who finished with 20 points and 22 rebounds. Bacot become the first college basketball player to put up a 20-20 double-double in the Elite 8 or later since Hakeem Olajuwon did it in the 1983 Final Four for Houston. The Tar Heels also got a 19 point performance from senior forward Brady Manek who now has 86 points in three and a half tournament games.

If college sports were a scripted TV series, I would lock in Duke winning without a shred of doubt. The storyline of knocking out your greatest rival in your final season as coach to make the NCAA Tournament Finals certainly seems like it could be scripted. Unfortunately for the Blue Devils, North Carolina’s scorching hot play shows no signs of cooling off. When they met in the ACC Tournament three weeks ago, North Carolina won by a score of 94-81. I see a similar outcome in the Final Four, but with a more competitive final score.