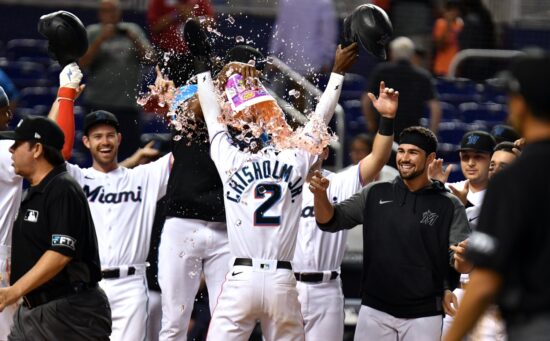 The Miami Marlins and Arizona Diamondbacks combined to lose over 200 games last season, but each looks to be on the right path in 2022 although it is still very early. Arizona is still a last-place team in NL West, but that’s arguably the best division in baseball and they are treading water above .500 at 16-14.

Miami has started 13-16 out of the gates, but that’s good enough for third in the NL East were the Mets are the only team above .500 on the season. The Vegas Odds have the Marlins vs Diamondbacks matchup a close one, with Miami actually a -140 favorite despite a two-game losing streak.

There’s definitely some value on the Diamondbacks as +120 underdogs on Tuesday night considering they took the opener 4-3 on Monday and swept the Marlins in Miami last week. Overall Miami is struggling against everybody, losers of 8 of their last 9. Arizona meanwhile has won 10 of 13 which is why this line just seems off.

The biggest reason the Marlins are favored in game two of this series is that Jesus Luzardo (2-2, 3.08 ERA). He took an unfortunate loss against San Diego last Thursday despite giving up just 3 hits and 2 ER over 6.0 IP in what ended up being a 2-1 Padres win. Luzardo has allowed 2 ER or less in 4 of his 5 starts this season.

Miami outhit Arizona 9-7 in the series opener but still went home with the 4-3 loss with a Vegas odds price of -102. That’s now four times in the last five games the Marlins have been held to 3 runs or less and their offense is really middle-of-the-pack at 3.93 runs/game (18th). On the bright side, Miguel Rojas has had some success vs. Bumgarner, going 5-15 (.333) with a HR.

You don’t hear about them much in a division that features the Dodgers, Padres, and Giants, but the Diamondbacks have gone on a nice run recently with wins in 10 of their last 13 games. That hasn’t been enough to climb out of the cellar of that jam-packed division, but for a team that lost 110 games last season a 16-14 start to 2022 is a success.

The Arizona bats do have a tough test against Luzardo on Tuesday night, but they are 5-13 as a team (.403) in very limited exposure. The Diamondbacks made the most of their 7 hits on Monday night, scoring 4 runs thanks to a 2-4 night from Daulton Varsho at the leadoff spot and a HR from Ketel Marte. Marte is also 2-3 against Luzardo in his career.

Madison Bumgarner (1-1, 1.50 ERA) makes his second straight start vs. the Marlins, the last one being very awkward as he was ejected after just 1 inning of work. 1st base umpire stared at Bumgarner for an exceptionally long time while rubbing his hand before the lefty finally had some words. Bumgarner did give up a solo HR in that one inning against Jon Berti, but he’s also allowed just 1 ER or less in all five starts this season – some longer outings than others.

This line is clamoring for a Marlins play because there’s no way they should be priced at -140. Then again Arizona was +154, +177, and +154 underdogs in the three games in Miami last week and won them all. There’s incredible value on the Diamondbacks at +120 but this one looks like it goes the Marlins way.