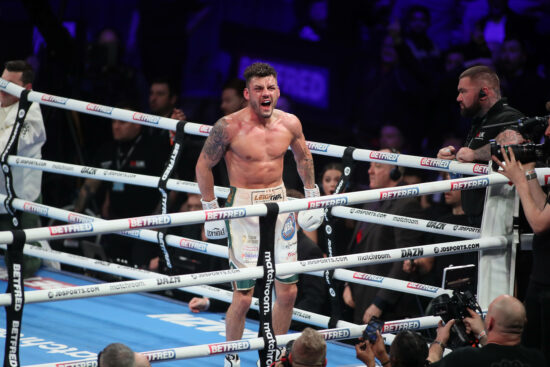 If you’re looking for the latest Mauricio Lara vs Leigh Wood prediction and odds, then look no further than Vegas Odds.

There is huge action in the ring to look forward to in February, as the WBA featherweight title will be defended in Nottingham, England. Leigh Wood will have home field advantage, as he defends his title in his hometown. However, Mauricio Lara is the clear favorite in the betting to extend his excellent run of wins.

This promises to be an intriguing fight in the featherweight division, as Leigh Wood makes his second title defense. The British fighter won the title back in July 2021, beating Xu Can by 12th round KO, before successfully defending the title last March against Michael Conlan. Late finishes have become a huge part of Wood’s style, with all four of his latest wins being scored with finishes in the ninth round or later.

However, his only defeat since 2015 was suffered in February 2020, as he lost by a majority decision against Jazza Dickens when defending his WBO European featherweight title. Overall, Wood has won 26 of his 28 professional bouts, with 16 wins coming by knockout, and the remaining ten being won by decision.

However, this looks set to be one of the trickiest fights that Wood has taken. Mauricio Lara is the clear favorite in the betting, as he boasts a professional record of 25-2-1. In fact, Lara hasn’t lost a professional bout since May 2018, when he was shocked in the first round against Eliot Chavez. His response following that defeat has been emphatic, as he has won 14 of his previous 15 fights.

The only blip over that period was a technical draw in his rematch against Josh Warrington in September 2021. However, his stunning ninth-round win over Warrington in February 2021 remains the standout victory that the Mexican has achieved in his career to this point.

I think the betting markets for this bout are extremely interesting. Wood is certainly stepping up in opposition, while Lara has impressed when challenging the top names in the division. However, I think this night could be when Wood finally announces himself as a top star in the featherweight division, and another late knockout win could be a decent betting angle.

This should be a thrilling bout for the WBA featherweight title. Lara has already picked up a huge career victory in the United Kingdom, but the preference remains for the hometown hero in February. Wood has progressed excellently since his defeat against Dickens, and I could see him picking up the biggest win of his career over Lara.