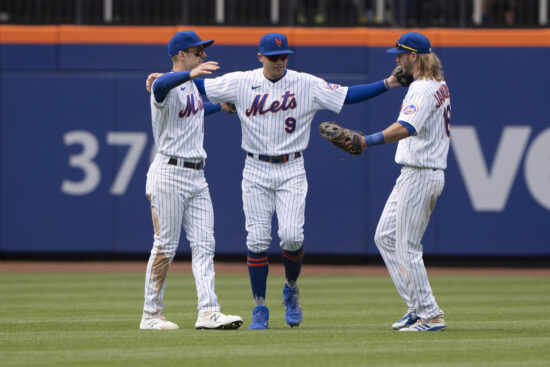 The New York Mets have started the season at 10-4, tied for the league’s best record. They had high expectations once again for this season, and have played at a high level so far despite losing their ace in Jacob DeGrom to yet another injury.

The Diamondbacks started out at an abysmal 3-8, but won their last two games and have seen some promising signs of improvement. They picked up wins against competitive teams in the Mets and Astros, before winning their first series of the season against the Nationals.

The Mets are 2-1 against the Diamondbacks so far this season. The previous series was played at Citi Field in New York. This time around, Arizona will host.

The Mets once again entered the season with high hopes after spending heavily on talent during the offseason. They added big names in Max Scherzer, Starling Marte, and Mark Canha, among others. Yet they once again found themselves starting the season mired with injury struggles, as ace pitcher Jacob DeGrom went down with yet another early-season injury. Despite this, the Mets newly loaded roster has performed as well as expected, en route to a league-leading 10-4 start.

New York has gotten some excellent performances from their newcomers. Veteran outfielder Mark Canha has started the season hitting an impressive .360. With a .467 on-base percentage, Canha has been an extremely difficult out for opposing pitchers. Meanwhile, Max Scherzer has done a great job of filling in for DeGrom, starting the season 3-0 with a 2.50 ERA. The previous offseason’s big acquisition, Francisco Lindor, has also started out red-hot. In his first 10 games this season, he’s posted an impressive .957 OPS, leagues better than the .734 OPS he had last year in his first season with New York.

Diamondbacks Starting to Heat Up

Unlike the Mets, the Diamondbacks entered this season with lower expectations. Now five years since their last playoff berth, Arizona has gone down the long and difficult path of rebuilding. This season started out with much of the same of what we’ve seen in the past few years, as the Diamondbacks stumbled to a 3-8 start. Now sitting at 5-8, Arizona will need to find a spark against the Mets to avoid sliding deeper into the gutter of a highly competitive NL West division.

The Diamondbacks do have some intriguing young players on their team. Rookie first baseman Seth Beer has started out the season batting .400 through 12 games. In five appearances last season, Beer batted .444 and has shown a similar level of talent so far this year. Beer has carried the Diamondbacks’ offense, driving in 8 of their 37 runs so far despite having played less than 20 games in his MLB career.

At this point in the season, there’s very little doubt that the Mets are currently the better team. That doesn’t always translate to winning in baseball, yet New York did outscore Arizona 18-5 in their first 3 game series. The Diamondbacks get the benefit of hosting this time around, but I’d be foolish to pick against the Mets in this matchup. Both starting pitchers in this game faced the opposing team once already, each giving up 0 runs in about 4 innings of play. I expect the Mets to win this one in a low scoring matchup.