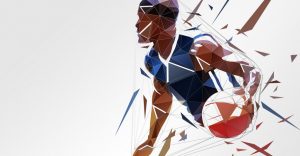 Ryan Saunders, the Minnesota Timberwolves head coach, has been fired this Sunday night. According to various sources, the franchise from Minneapolis will hire Toronto Raptors’ assistant coach Chris Finch.

Saunders Not Reaching his Father

The 34-year old leaves Target Center as a big bust. Many hoped that the son of late Flip Saunders, who was the most prominent figure in the Timberwolf’s history, might repeat his father’s successes and even take one step forward.

Unfortunately for all those who love T-Wolves, that didn’t happen, and Saunders Jr. concludes his stint with just 43 wins in 137 matches and a winning percentage of .314.

After seeing Tom Thibodeau fired, Saunders was promoted to the interim head coach six days into 2019. At the time, the euphoria in Minnesota was massive, not only because of his background but also because he was the youngest head coach in the league. Later that year, he signed a permanent deal, with the board expecting to see significantly improved results in the future.

Minnesota made several big changes with Saunders in charge. Among others, they moved away from Andrew Wiggins and got D’Angelo Russell in exchange while also capturing the No.1 draft pick at this year’s NBA Draft. They selected Anthony Edwards, but still, the team posted poor results, despite having a very talented and young group of players.

One of the things that affected their progress were the frequent injuries, with Karl Anthony-Towns and Russell often being sidelined. All that combined with the inexperience of both the players and the head coaches led to current development.

The Cambridge, Ohio native will have the chance to show his knowledge in Minnesota. So far, he didn’t lead an NBA team but was working with the Houston Rockets, Denver Nuggets, the New Orleans Pelicans, and lastly, the Toronto Raptors. He comes to Target Center from the position of Nick Nurse’s top assistant.

Finch and the current president of basketball operations in Minnesota, Rosas, worked together in Houston, and that is something that had a big deal in the team’s decision to hire this coach.

In 2010 Finch won the NBA D-League with the Rio Grande Valley Vipers and was named the NBA D-League Coach of the Year during the same season. He didn’t have some notable playing career, spending it mostly overseas in Europe.

His goals in Minnesota are already clear. He is making the team capable of attacking the playoffs in the near future and supplying Towns and Russell with enough sidekicks. Besides that, he needs to develop Edwards and exploit his talent properly.

Even though this might sound like an interesting and fun job, having in mind Minnesota’s history and previous experiences, Finch will have his hands full.