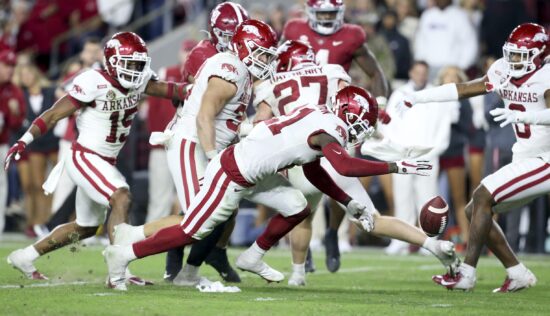 The Missouri Tigers haven’t had the best of seasons in 2021, but they can end on a high note if they can knock off Arkansas. This would mark the first time this season that the Tigers have been able to put together a winning streak. Looking at the numbers, this game has the potential to be a lot closer than the spread anticipates.

The Tigers’ offense is averaging 30.8 points per game on 420.8 total yards per game. Those 420.8 total yards break down to 248.5 passing yards and 172.4 rushing yards per game. The Tigers’ offense is led by their sophomore quarterback, Connor Bazelak. Bazelak has completed 236 of 351 pass attempts for 2,483 yards while throwing sixteen touchdowns and ten interceptions. To complement Bazelak, the Tigers look to their senior running back, Tyler Badie. Badie has rushed for 1,385 yards on 227 attempts and has been able to find the endzone thirteen times.

On the defensive side of the ball is where the Tigers struggle. The Tigers have been giving up 34.7 points per game on 447.3 total yards per game. Those 447.3 total yards break down to 211.9 passing yards and 235.4 rushing yards per game. The Tigers’ defense hasn’t been able to put a lot of pressure on opposing quarterbacks, only forcing twenty-six sacks and eleven interceptions.

Arkansas Looks to Bounce Back

The Arkansas Razorbacks had a three-game winning streak going into their matchup last week against the Alabama Crimson Tide. The Razorbacks put everything they had on the field and came up just seven points short of being able to upset the Crimson Tide. Look for the Razorbacks to bounce back and come out victorious the last week of the season.

The Razorbacks’ offense is averaging 31.3 points per game on 442.4 total yards per game. Those 442.4 total yards break down to 220.1 passing yards and 222.3 rushing yards per game. The Razorbacks’ offense is led by their sophomore quarterback, KJ Jefferson. Jefferson has completed 169 of 256 pass attempts for 2,316 yards while throwing twenty touchdowns and just three interceptions. Jefferson has also accounted for 496 rushing yards on 120 attempts and has found the endzone on the ground five times.

If the Razorbacks can get their running game going early then that will be the difference in Friday’s matchup against the Tigers. Look for the Razorbacks to come out victorious, but covering the spread might be a bit difficult.