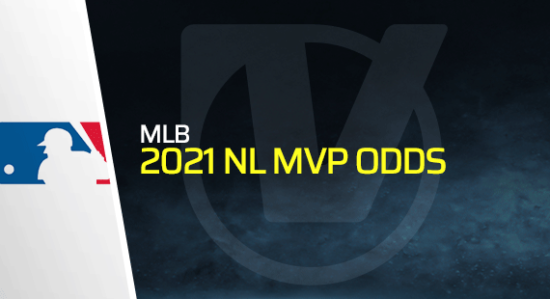 Unlike the American League, not only are there more players with an actual chance to win the award, but the odds are a lot closer as well. It’s quite odd that the top three candidates to win the 2021 National League MVP award are on teams that didn’t even make the playoffs.

Ultimately this just proves that to be a playoff team, you need to have a group of great players and that one player can’t carry a team. One player can be the difference between a team on the verge of the playoffs and a non-contender for sure, but one player cannot carry an entire team to the playoffs.

Let’s start by looking at the past decade of winners for the National League MVP award;

Bryce Harper and the Philadelphia Phillies were in the hunt for the National League East crown up until the final weekend of the season. Though they fell short of their ultimate goal, Harper is leading in the most prestigious individual award that you can get, so let’s take a look at how he got here. Harper managed to play in 141 of 162 games this season. In those 141 games, he was able to post a slash line of .309/.429/.615 with 35 home runs and 84 runs batted in. Harper had such a great offensive season that he led the National League in doubles (42), SLG (.615), OPS (1.044), and OPS+ (179). Luckily for Harper that he was so good at the plate, as he posted an offensive WAR of 6.5 but a defensive WAR of -1.2.

Fernando Tatis Jr., the superstar of the San Diego Padres that broke a lot of fans’ hearts this season, as they were supposed to be in contention for the National League West title, but ultimately fell apart halfway through the season and barely cracked the .500 mark for the season. Tatis Jr. was only able to play in 130 games this season due to some injuries, but when he was on the field, he was able to move from shortstop to the outfield to accommodate the roster that the Padres had constructed. in those 130 games that Tatis played in, he was able to produce a slash line of .282/.364/.611 with 42 home runs and 97 runs batted in. Tatis only led the National League in one category, but of course, it’s the “sexiest” one, which is the long ball, which he had 42 of.

After looking at the odds, I think that I would go with Juan Soto for the 2021 National League MVP. In my opinion, the fact that he led the league in intentional walks proves that opposing pitchers didn’t want to face him, so they decided to just put him on base instead. Yes, it could be the fact that the Nationals didn’t have a lot of talent surrounding him, but that also meant that the Nationals weren’t truly a threat to win a lot of games.

That just shows even more respect for the 22-year-old. Not saying it’s a long shot, since all three of these players deserve the National League MVP award, but Soto would be my choice if I had a vote.