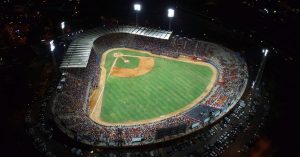 The 2020 season of the MLB was originally scheduled to start in March, but due to the COVID-19 crisis, it was postponed. After weeks of negotiations between the franchise owners and the players association, it seems that a deal has been agreed upon.

The MLB club owners have agreed to put commissioner Rob Manfred in charge of deciding the schedule for what’s going to be a 60-game season.

The Major League Baseball Players Association (MLBPA) has also agreed on the deal, meaning that the players will be back to training camps by the end of the month.

On Monday night, MLS owners voted unanimously to give commissioner Rob Manfred the right to mandate the season. A day later, the MLBPA also announced the players agree with this decision.

As a result, Manfred will be the one who’s going to decide the outline of the season. According to some reports, he’s going to go with a 60-game season, which should start in late July. The dates that have been in the discussion for the start of the season are July 23 or 24.

The players should get to training camps by July 1, so that they would have enough time to prepare for the season.

With this schedule, the 2020 MLB season would conclude on September 27, after each team has played 40 games against divisional rivals, as well as 20 additional interleague games. After it finishes, the players will have a bit more than three weeks rest before the start of the 2020 World Series.

Other Changes We’ll See in 2020 Season

Each MLB team will have to submit a roster of up to 60 players before the start of the season. The teams need to submit the list by 3 p.m. ET this Sunday.

Once the season commences, they will have to pick out 30 players for their active squad. This number is going to go down by two after two weeks, before finally getting to 26 active players after four weeks of the season.

This year, the transfer deadline to fall on the last day of August, which is a month later than what was the case in the past.

The 2020 MLS season will see some on-pitch changes as well. For instance, we will see the introduction of a universal DH, with pitchers no longer hitting in the NL.

Some reputable sportsbooks focused on baseball have already released their odds for the 2020 MLB season. The list of the World Series favorites goes as follows: