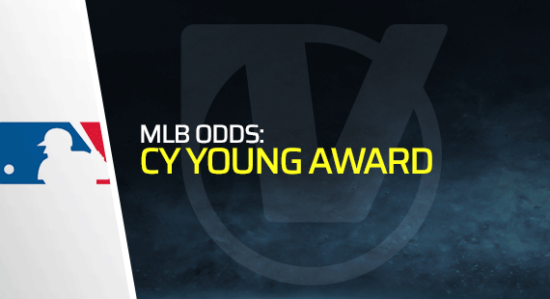 The Cy Young award is awarded to the best pitcher in both the American League and National League. The award was first given out in 1956, a year after the hall of fame pitcher Cy Young had passed away. Since then, every year the award has been given to an outstanding pitcher who had dominated opposing batters all season long.

Who Has The Most Cy Young Awards in History?

The Cy Young Award has been around for 65 years. It is quite difficult for a pitcher to be at the absolute top of his game for multiple years throughout his career, but several have won the award multiple times. Let’s take a look at who has the most Cy Young Awards throughout their career.

Roger Clemens has the most Cy Young Awards out of any pitcher in MLB history. The powerful right-hander has won the award seven times in though his 24-year career which spanned from 1984-2007. The Rocket won the Cy Young Award in 1986, 1987, 1991, 1997, 1998, 2001, and 2004. Not only is does Clemens have the most Cy Young Awards in history, but he is also the oldest pitcher to win the award. On top of those credentials, Clemens is also one of only five players in MLB history to win the award in both the American League and National League. Gaylord Perry, Randy Johnson, Pedro Martinez, and Max Scherzer are the only other three players in history to win the award in both leagues.

Robbie Ray, the 30-year-old left-hander pitched his heart out this season and put the Toronto Blue Jays within one game of making the playoffs. Ray posted a 13-7 record with a career-best 2.84 ERA over 32 starts and another career-high 193.1 innings pitched. In those 32 starts, Ray struck out a career-high of 248, while walking only 52 ad posting a career-high ERA+ of 154 and a WAR of 6.7.

The Yankees ace, the 31-year-old right-hander helped the Yankees get into the playoffs, before ultimately being eliminated by the Boston Red Sox in the Wild Card Game. Gerrit Cole posted a 16-8 record with a 3.23 ERA over 30 starts this season for the Yankees. In those 30 starts, Cole amassed 181.1 innings pitched and over those innings struck out 243 while walking 41. Those numbers equate to an ERA+ of 133 and a WAR of 5.6.

Max Scherzer was probably the biggest name being traded at the trade deadline this season, further bolstering the Los Angeles Dodgers pitching staff for their 2021 playoff run. Scherzer helped the Dodgers win 106 games in the regular season and helped to beat the Cardinals in the Wild Card game to advance to the NLDS, where they are currently tied with the Giants, two games apiece. The 37-year-old right-hander posted an 8-4 record in Washington before posting a 7-0 record for the Dodgers after being traded. Overall he had a 15-4 record with a 2.46 ERA over 30 starts. In his 30 starts for the year, Scherzer pitched in 179.1 innings while striking out 236 batters and walking only 36 for the year. Scherzer’s numbers earned him an ERA+ of 166 for the season while having a WAR of 5.3.

The National League finalists are much closer than the American League finalists, but in all honesty, any of these pitchers truly deserve the award after the season that they’ve had. If I had a vote, I would give the award to Robbie Ray in the American League, and Max Scherzer in the National League. Just to put this in retrospect, Max Scherzer would have to win the award five years from now to tie Roger Clemens for the oldest to win the award. That just puts into perspective, for me at least how dominant Clemens was after seeing how spectacular Scherzer is at 37-years-old.