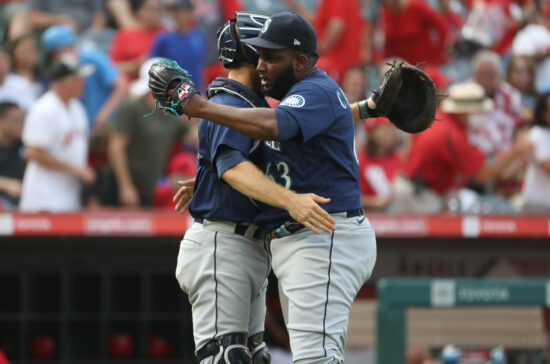 The last week of the regular season and these two division rivals are not only fighting for a Wild Card spot but are technically still in the race for a division title. Honestly, the only real chance either team has at the playoffs is a Wild Card spot, unless the Houston Astros decide that they forgot how to win games. The Mariners have a slight advantage, being only two games out of the final Wild Card spot while the Athletics are three games out of the final spot. Making things a bit more difficult is that they both would have to jump the Toronto Blue Jays to make the playoffs. The Mariners, according to fangraphs.com, also have an advantage, as they have a 2.7% chance to make the playoffs, while the Athletics have a 0.7% chance.

The Athletics are hanging on for dear life to their playoff hopes. The A’s are 6-4 in their last ten, and riding a three-game winning streak. The only losses in their past ten games though was a four-game sweep at the hands of the Seattle Mariners. For the Athletics’ sake, they are hoping that they can finally turn the corner against the Mariners. In their previous 16 matchups this season, the Athletics have only posted four victories, and have been outscored 62-66. If there is one positive out of that horrendous record, is that the games have been close.

For the 17th matchup of the season, the Athletics are putting out their left-hander, Cole Irvin. Irvin, in 30 games this season, has posted a 10-14 record with a 3.99 ERA. In the 169.1 innings that Irvin has pitched, he has struck out 117 opponents while walking 38 and posting an ERA+ of 103, which is the best of his career. Irvin has faced Seattle four times this season and has lost all four, giving up a total of 14 runs in 16.2 innings.

The right-hander, Chris Flexen will take the mound for the Mariners as they continue their push to the playoffs Monday night. Flexen, in 29 games this season, has posted a 13-6 record with an ERA of 3.56. In the 169.1 innings that Flexen has pitched, he has struck out 118 batters while walking 38 and posting an ERA+ of 116. With almost identical numbers as the Athletics starter, Cole Irvin, it just shows what run support can do for a pitcher.

With almost identical ERA’s, innings pitched, strikeouts, and walks I am looking for both starters tonight to keep this game close. Both teams have almost the identical run support of the past ten games as well. You couldn’t ask for a better, more evenly matched game for two teams fighting for their playoff lives. I would look for Seattle to take the first game of this three-game series Monday night.