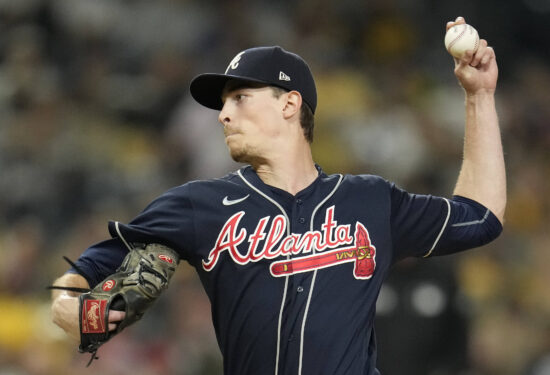 The Atlanta Braves are at Petco Park to take on the San Diego Padres, and these teams have high expectations. The Braves are 1.5 games ahead in the NL East and will be sending Huascar Ynoa to the mound, where he is 4-5 with a 3.43 ERA so far.

The Padres are on the verge of being eliminated from postseason contention as their magic number to be eliminated is down to just two. They will be sending veteran Vince Velasquez to the mound, who is 3-8 with a 6.23 ERA.

Fighting for the NL East

The Atlanta Braves have been one of the best offensive teams this season, and that has been without outfielders Marcell Ozuna and Ronald Acuna Jr for a good chunk of the season. The team is currently tied with the Chicago White Sox for sixth in the majors with a .754 OPS this year. They are only trailing the Toronto Blue Jays and San Francisco Giants with 230 total home runs on the year.

Looking back at the last 15 days (13 games), this lineup is averaging 4.85 runs per game with a .748 OPS in this span. First baseman Freddie Freeman has been hitting extremely well as he has a .904 OPS with 31 home runs and 82 RBI. If they can continue their offensive success, they can hold off the Philadelphia Phillies in the division and make the postseason.

The San Diego Padres have been a middle-of-the-road offensive team this season as they are 17th in MLB with a .722 OPS. They are scoring a good amount of runs overall as they are averaging 4.53 runs per game this year. San Diego has collapsed offensively during the month of September as through 20 games in the month; their offense is averaging 3.95 runs per game with a .692 OPS.

Shortstop Fernando Tatis Jr has hit well this season as he has a .996 OPS with 41 home runs and 95 RBI with 25 out of 29 stolen bases. They need to fight to the end of the season as they are going to miss the playoffs and be the joke of the offseason as they need to continue to retool their roster.

It looks like we are in for a very exciting and interesting match, but you still have to favor the Braves here. They at least have something to play for, while the Padres are almost eliminated from the playoff contention.