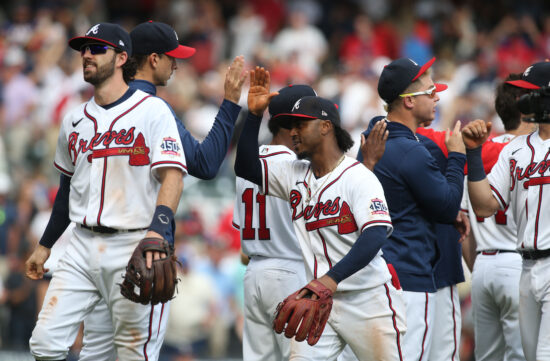 The Atlanta Braves and Ian Anderson absolutely shut down the National League Central champion Milwaukee Brewers on Monday afternoon to take a 2-1 lead in the series. The Braves look to continue their momentum and close out the series on Tuesday evening.

Can The Brewers Stay Alive For At Least One More Game?

The Brewers need their offense to do something. The pitching staff has only allowed seven runs over the first three games of the series. The offense though has not scored a single run since game one and has only scored two runs the entire series. If the Brewers want to force a game five on Thursday, their bats need to come alive against the Braves pitching staff who had a cumulative ERA of 3.88 during the regular season.

With no pitcher yet announced for the Brewers, let’s take a look at who they’ve used to start games this series so far. Corbin Burns started game one, Brandon Woodruff started game two, and Freddy Peralta started game three.

We know that Peralta won’t pitch on back-to-back games.

Eric Lauer would be my guess to start game four, with an all-hands-on-deck mentality if things go sideways to start the game. Lauer posted a 7-5 record with a 3.19 ERA over 20 starts and 24 appearances in the regular season. In those 24 appearances, Lauer pitched in 118.2 innings and struck out 117 while only walking 41 batters. Like I’ve mentioned, Lauer would be my guess to start, with Woodruff and Burns also available. Yes, they are usually starters, but in an elimination game, there are no more definitive roles when it comes to the pitching staff. Lauer has never pitched in the postseason

Can The Braves Shut Out The Brewers Again?

The Braves offense has done enough to stay ahead of the Brewers, who haven’t been able to find their bats. Joc Pederson has been a lot of the offense, hitting his second home run of the postseason on Monday night, a three-run shot, which was the only offense the team had. The Braves only had eight total hits for the game. The only difference in the game Monday was the one mistake the Pederson didn’t miss on.

Like the Brewers, the Braves also haven’t announced who they are going to pitch in game four, but they are in a much better situation, as they can set up their bullpen for a game five if this game gets out of hand. Charlie Morton started game one, Max Fried started game two, and Ian Anderson started game three for the Braves so far in this series.

My guess is that the Braves want to set it up for Morton to take the ball in a decisive game five if necessary. It’s not as clear-cut for the Braves as it is for the Brewers, but my guess would be Drew Smyly taking the mound to start game four. Smyly posted an 11-4 record in 23 starts, 29 appearances this season. In those 29 appearances, Smyly posted a 4.48 ERA in 126.2 innings with 117 strikeouts and 41 walks. Smyly has appeared in 10 postseason games, with a 1-0 record and 2.57 ERa over 7 innings pitched with 7 strikeouts.

Who will win Game 4 of the NLDS?

With the Braves in a potential series-clinching game mixed with a potential of a pitcher starting who has never pitched in the postseason, I’m looking for the Braves, who had the worst record of any postseason team this season to continue their dominance over the Brewers and clinch the series to await the winner of the Dodgers and Giants series for the NLCS.